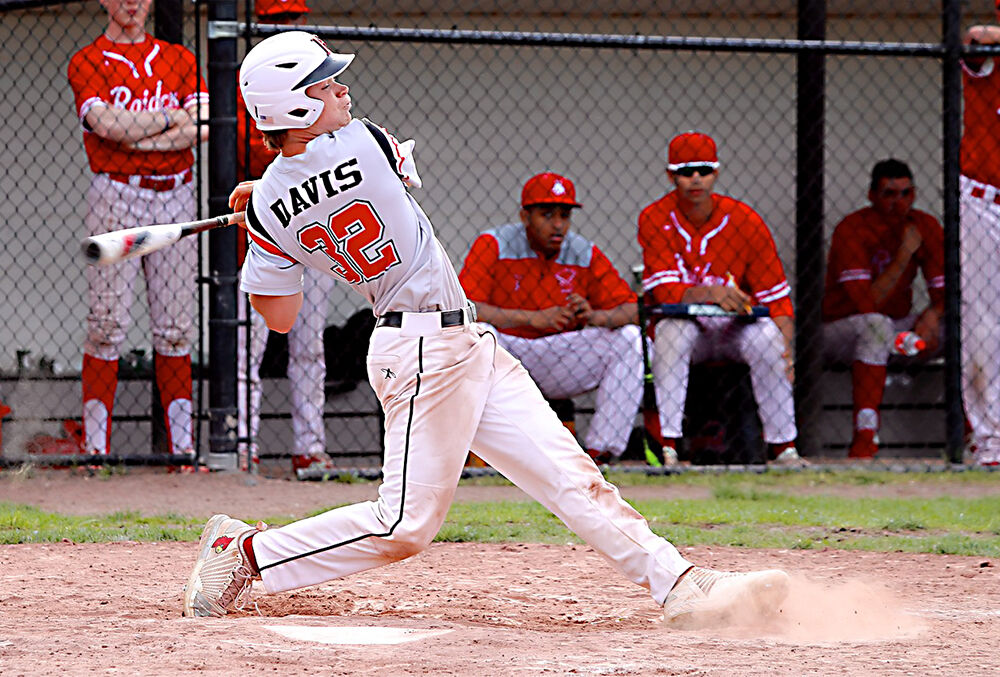 The Fox Lane 2018 graduate was a two-time first-team All-New York State selection while in high school. 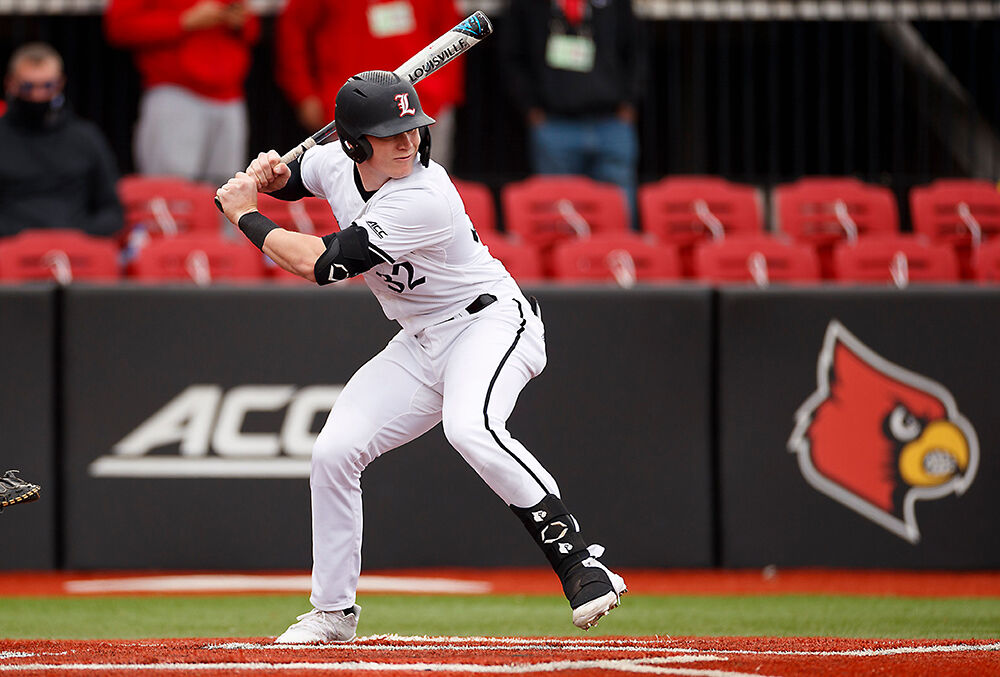 Henry Davis hit .370 with 15 home runs and 48 RBIs in 50 games for the Louisville Cardinals this spring. 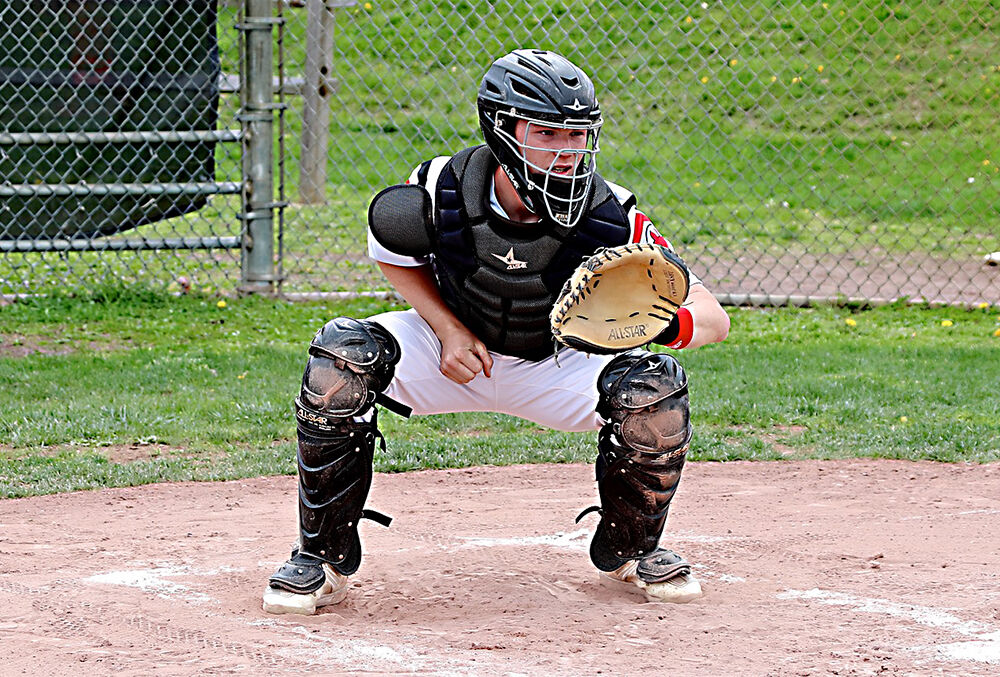 The Fox Lane 2018 graduate was a two-time first-team All-New York State selection while in high school.

Henry Davis hit .370 with 15 home runs and 48 RBIs in 50 games for the Louisville Cardinals this spring.

The Pittsburgh Pirates shocked many in the baseball scouting world by selecting former Fox Lane standout catcher Henry Davis of the University of Louisville with the first overall selection in the Major League Baseball Draft on July 11.

Many had Mr. Davis going in the top five, but few, if any, had the 2018 Fox Lane graduate going first overall.

“From little leaguers to Boosters, we are all inspired by his accomplishments and know there is so much more to see from this incredible young athlete,” said Bedford Central Superintendent Joel Adelberg and Mr. Lodewick in a joint email sent Wednesday to the BCSD community.

“Congratulations Henry! We cannot wait to see where your hard work and drive takes you next,” the email concluded.

During his high school career, Mr. Davis lettered in all four years at Fox Lane and ended his senior season as the 231st ranked player in the country, according to Perfect Game. He was also a two-time first-team All-New York State selection and the 2018 Perfect Game New York State player of the year. After Fox Lane, he opted to attend Louisville, which competes in the Atlantic Coast Conference.

As a college freshman, the righty-swinging Davis hit .280 with three home runs. After COVID-19 shut down the 2020 season after only 14 games, Mr. Davis came back this spring and put together a year that saw him hit .370 with 15 home runs and 48 RBIs in 50 games.

“In a year without a clear number one overall prospect, the Pirates surprised some by opting for the catcher over one of this draft’s four prep shortstops,” ESPN wrote in a draft night analysis. “But check out those numbers and it’s not hard to see why Davis was the pick here as a slugging backstop from a major conference who should get to the majors quicker than any of the high schoolers around him in this class.”

Mr. Davis’ name was called by MLB Commissioner Rob Manfred at the Bellco Theatre in Denver, Colorado, the site of the MLB All-Star Game, on July 13.

In addition to his offensive prowess, Mr. Davis is regarded as an exceptional defender with an outstanding arm. This season, he threw out 46% of potential base stealers and is a finalist for the Buster Posey Award given to college baseball’s top defensive receiver.

“I’m pretty excited,” Mr. Davis, 21, from Bedford, told MLB Network shortly after hearing news of his nabbing the top draft slot. “I’m just fired up. Ready to go. Ready to get to work. Super excited. … (I’m a) hard worker, want to win, a competitor, and I’m going to do everything I can to help this organization get to where it needs to be.”

The 6’2” 210-pound Mr. Davis is the first Louisville player to be the top choice in the MLB draft and just the eighth Cardinal to be selected in the opening round.

“I love him,” MLB Network analyst Dan O’Dowd said during the station’s coverage of the draft. “I think he’s got some work to do defensively. His maturity level and ability to self-evaluate, which I think is crucial as a catcher. He’s got great leadership tendencies. And the bat is well above average. I think his desire to catch and the athleticism that he has … gives him a chance to settle in at that position,” Mr. O’Dowd continued, adding, “I think Henry is going to be a really good major league catcher and a middle of the lineup bat.”

Mr. Davis’ rise was not a surprise to his coach at Fox Lane, Matt Hillis.

“From day one, he was the most competitive and driven player I’ve ever coached,” said Mr. Hillis, who also teaches science. “The kid has a non-stop motor and was never satisfied with any level of success he had. He always wanted more. That’s exactly why he is in the position he is in.”

Mr. Davis is the first Westchester County native to be chosen first overall since Rye’s B.J. Surhoff went to the Milwaukee Brewers in 1985 via the University of North Carolina.

“I always felt he was the most ultra-competitive, hard-working player I’ve ever had,” Mr. Hills said. “He has characteristics that were obviously going to set him up for success in this life: he’s super intelligent, drive, talented. If you throw those things into an individual, they are probably going to be successful at any job.”

Mr. Hillis added, “But when it comes to the highly competitive world of professional sports, it’s exactly what he needed to get where he is.”

Mr. Davis’ first inkling that he may be the Pirates’ choice came a week before the draft when he was invited to Pittsburgh’s PNC Park for a private workout.

“Going there and meeting with everybody in the organization, it was clear they’re all chasing the same thing, and they’re chasing greatness for the Pirates,” Mr. Davis said in an interview with Jason Mackey of the Pittsburgh Post-Gazette. “They see the vision where they can be great, they can win World Series, and just being able to contribute a teeny bit going toward that goal, I’m super excited. I’m ready to go.”

Mr. Davis left that workout feeling that he was on the Pirates’ radar.

That feeling became a reality about an hour prior to the draft when he received a phone call from Pittsburgh Pirates General Manager Ben Cherington.

“We feel good that we’re bringing in a player who’s really a talent and has a chance to be a good big-league player, and also someone who wants to be part of something really good and help us in that way, too,” Mr. Cherington said in a post-draft interview. “We did have a group of players really close together. Ultimately, Henry was on top of that group.”

The next step for the Pirates is to sign the Fox Lane graduate.