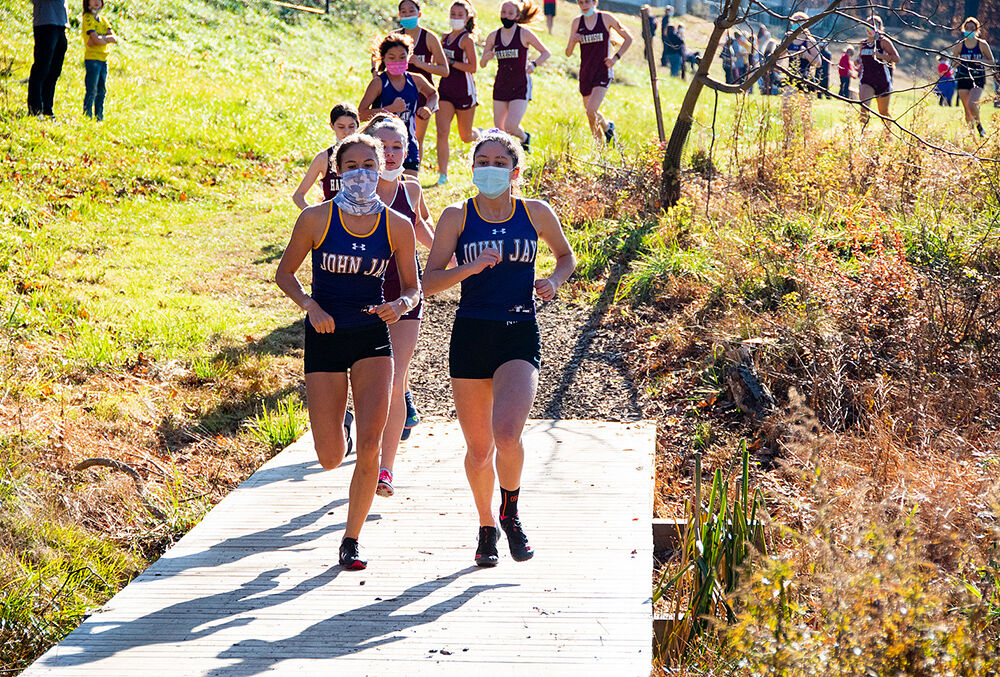 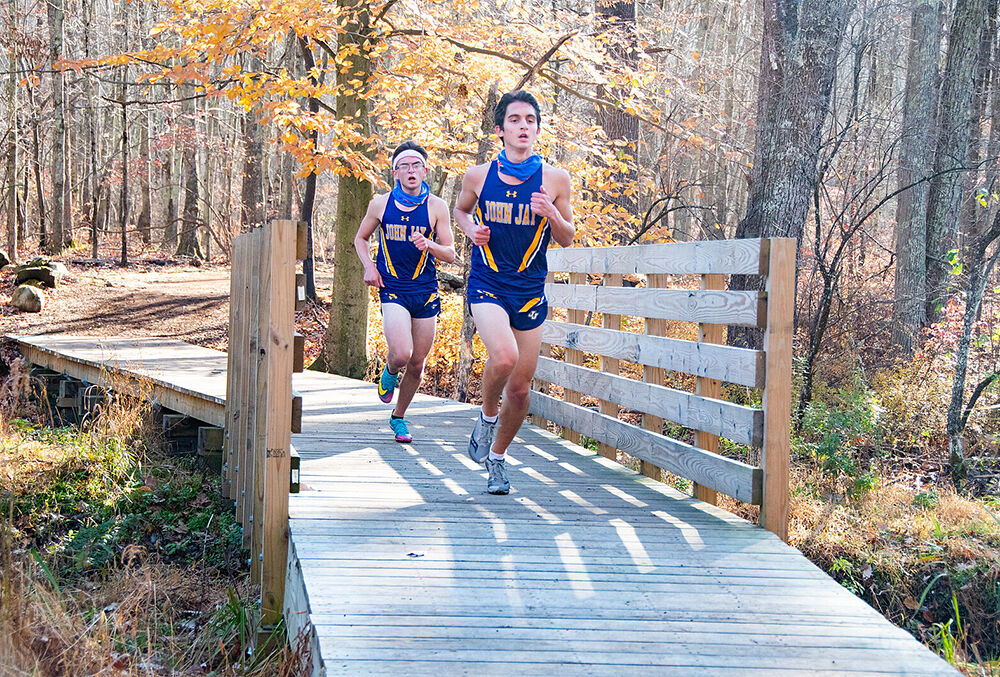 All five of the Foxes’ scoring runners placed in the top eight, led by race winner Harry Griff, who crossed in 16:41.5.

The boys finished with 24 points, well ahead of runner-up Beacon, who accumulated 44. Pleasantville was third with 76 and Hendrick Hudson fourth with 96.

In the girls’ Block 1 race, Pearl River claimed the team crown with 25 points, followed by Hendrick Hudson with 39 and Fox Lane with 67.

Also, on Nov. 7, John Jay hosted a dual meet with Harrison in Cross River, splitting with the Huskies.

Jay also came home with the individual win in the girls’ race as Kelsey Crawford crossed in 20:10, a dozen seconds ahead of runner-up Katrina Torelli of Harrison, who finished in 20:22. Jay’s Lily Carey was third in 21:18. Harrison, however, sent the fourth through seventh place runners across to clinch the win.

A sweep of the afternoon’s four doubles matches helped visiting John Jay rally for a 4-3 win at Somers Nov. 3.

The Wolves dropped all three singles matches and had to take all four doubles matches to secure the overall victory.

Julia Solis and Getuarba Tetaj combined to down Kelly Bowden and Daniella Ejili, 8-0, while Victoria Fenton and Sophie Rice teamed up to defeat Isabella Monachelli and Anastasia Fiorella, 8-3.

Josie Scott and Joelle Sacks defeated Emily Kottman and Erica Joseph, 8-6. Alice Cai and Caroline Lasota downed Hannah Roth and Jaewon Yeo, 8-3, to cap off the comeback and give the Wolves the win.

In singles, Somers picked up wins from Zoe Gutherman (8-3 over Izzy O’Shaughnessy), Sabrina Cheung (8-1 against Alyson Parker) and Chloe Monachelli (8-3 versus Talia Blechman) to jump out to the 3-0 lead.

“Our match against crosstown rival Somers was very intense,” Jay head coach Mark Passman said. “It was tied 3-3 going into the last doubles match as sunlight was fading and Alice Cai and Caroline Lasota were down 3-0 and came back and pulled it out for the team win.”

Jay managed just a win from second singles’ player Julia Golis, 8-4, over Coco Back, and a victory at second doubles from the duo of Izzy O’Shaughnessy and Alyson Parker, 8-1 against Hava Lueckola and Kelly Raicha.

The next afternoon in Cross River, the Wolves got back to their winning ways, taking down visiting Lakeland, 7-0, losing only four games along the way.

The Wolves then wrapped up their regular season with home wins over Walter Panas on Nov. 6 and Yorktown the next afternoon.

Jay swept Panas 7-0 as O’Shaughnessy, Blechman and Rice took the afternoon’s three singles matches, dropping only one game along the way.

Passman said. “It was definitely a season like no other. Very proud of our team ending with a 9-1 record (and) a bunch of the girls made it to the conference tournament and are playing well in the tournament.”

Fox Lane broke into the win column Nov. 4 with a 6-1 triumph over visiting Ursuline.

Fox Lane head coach Scott Shannon said, “The girls were pumped, played solid, and we had Ally Waldman back at number one.”

The Foxes also fell at Horace Greeley in Chappaqua, 6-1, Nov. 9.

Alesandra Brittis-Tannenbaum gave the Foxes their only win of the afternoon.

Tetaj would lose in the semifinal, 8-6, to Somers’ Sabrina Cheung. Meanwhile, Waldman will meet Somers’ Chloe Monachelli in the other semifinal Nov. 14.

In doubles play, the Jay team of Warshaw and Sacks downed Somers’ Kelly Bowden and Daniella Ejili, 8-3, in the first-round, but were then bounced in the semifinals by the Somers’ duo of Isabella Monachelli and Anastasia Fiorella, 8-6.

That Somers’ pair will square off with Jay’s Victoria Fenton and Renee Shaw Nov. 14 for the regional title after the Wolves’ twosome bested Somers’ Emily Kohlmann and Erica Joseph, 8-0, in their semifinal.