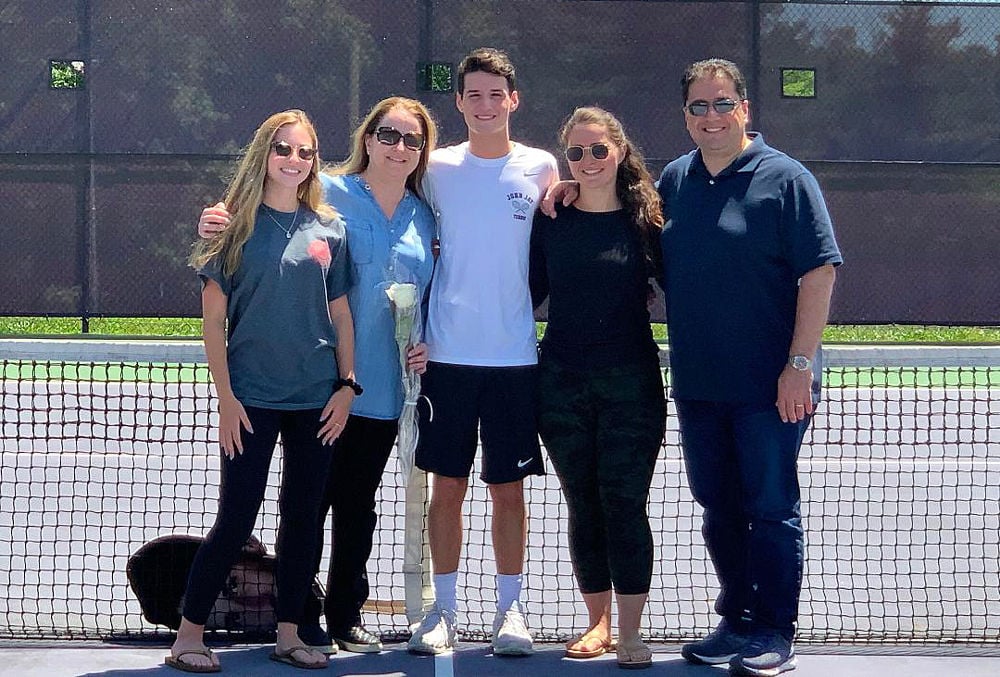 John Jay’s Chris Mardirossian will head to Colgate in the fall. 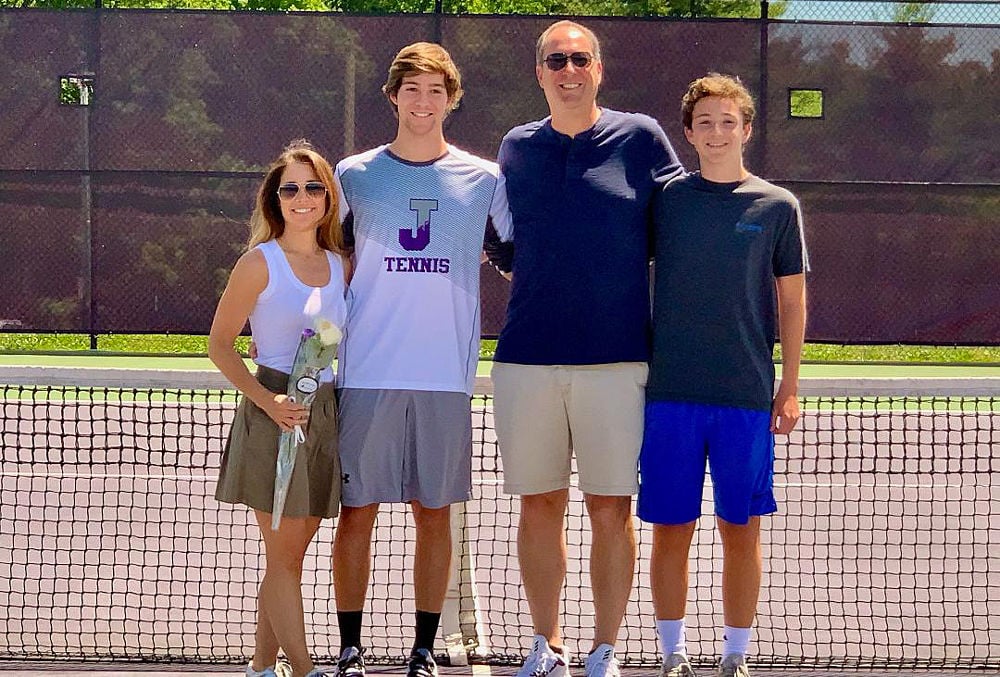 John Jay’s Chris Mardirossian will head to Colgate in the fall.

“I was looking forward to this spring season of John Jay tennis,” head coach Mark Passman said. “There is a great group of boys that earned a roster spot through a long, hard tryout week.  We have a lot of young talent.”

He continued, “As in years past, we had a very competitive schedule and this team would be up for the challenge. I know our two seniors, Sam Miller and Chris Mardirossian, would be fine captains, and they were looking forward to finishing their John Jay tennis careers on a high note.”

Passman added, “Our team looks toward the future and knows that next spring will be a great one, and wishes our seniors the best of luck at college.”

There were only two seniors on this year’s tennis team, Chris Mardirossian and Sam Miller.

This season, Mardirossian was looking to play singles, while Miller’s preference was doubles.

“While I mostly played doubles, I enjoyed and had hoped to continue playing singles this year,” Mardirossian said.

Miller, though, was anxious to continue as a doubles’ player.

“My favorite position on the tennis team would probably be playing doubles,” Miller said. “One of the reasons why I really like it is because you get to play with one of your friends on your team and it’s a lot of fun.”

He added, “Another reason is because you get more opportunities to slam the ball at the other team at the net.”

While Mardirossian’s pre-match ritual was to eat something quick, Miller’s involved his wardrobe and equipment.

“My favorite pre-match ritual would have to be eating something quick before a match,” said Mardirossian, who is headed to Colgate University in the fall. “Although not really a ritual, having something to eat always distracted me and helped me to not become anxious or stressed before a potentially hard match.”

Miller will be attending the University of Rhode Island beginning this fall.

“My favorite pre-match ritual would be that I double-knot my bandana around my forehead twice and I flip my tennis racket two times before the other team takes their first serve,” Miller said.

Mardirossian’s has fond memories of making the squad as a freshman, he said.

“Coming into tryouts less than a year into high school and having a new coach -- I was nervous. But with hard work and dedication to the sport, I was able to prove my worth. It’s an accomplishment I’ll never forget.”

He recalled, “We had a match during JayFest where I got to play first singles in front of a ton of people watching. We were playing Byram Hills, and I went out and destroyed the kid in front of everyone.”

Both players had solid advice for aspiring tennis players.

“Don’t be afraid to take risks on the court,” Mardirossian said. “The best tennis players are not afraid to try new things and go out of their comfort zone.”

Miller stressed being prepared for the season.

“I would recommend that you get in shape before the season starts, so that these drills aren’t as hard for you as they were for me,” he said.

“You should also be working out and playing as much tennis as possible in the off-season,” he added, “so that you are physically prepared to play the better teams.”