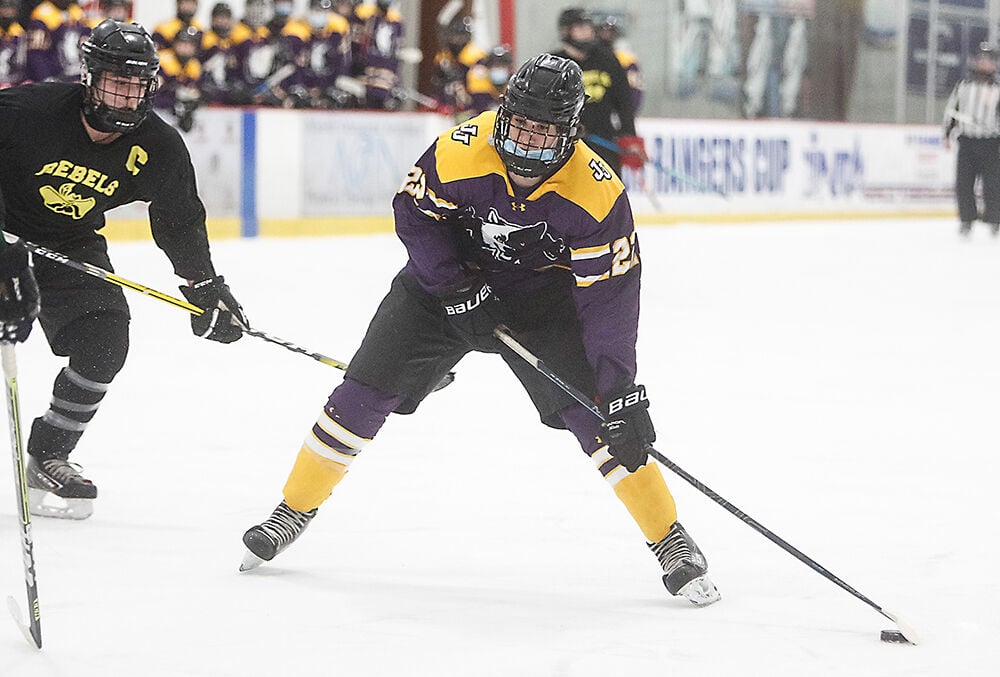 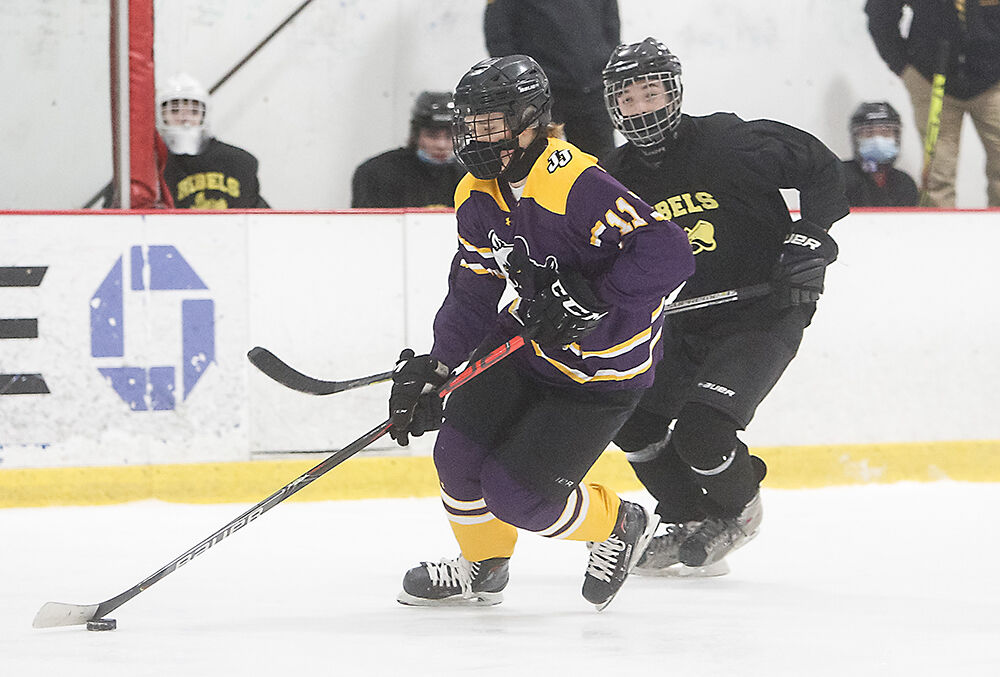 John Jay bounced back from a winless two-game series with Horace Greeley the previous weekend by rallying for a 4-2 win over E2TB on March 3 at the Brewster Ice Arena.

The victory jump-started a four-game winning streak at the end of the regular season, The streak saw the Wolves also take down Brewster/Yorktown/Somers/North Salem, Clarkstown and Cortlandt (Lakeland/Walter Panas/Hendrick Hudson/Putnam Valley/Haldane) and finish the regular season at 6-1-1.

E2TB is a merged team with players from Eastchester, Edgemont, Tuckahoe and Bronxville.

The Wolves trailed 2-1 after one period against E2TB, but tightened defensively, allowing only 16 shots on goal over the final two periods.

Protomastro’s winning tally was his second of the night; his first gave Jay a 1-0 lead after 4:20.

E2TB, though, got goals from Will Stupart, only 14 seconds after Protomastro’s tally, and David O’Shaughnessy, with 1:32 remaining in the opening stanza, to take a 2-1 lead.

“They (E2TB) came out of the gates ready to play and continued to forecheck hard and play physical,” Jay head coach Greg Janos said.

The physical game was a stalemate through most of the second period before Wishart beat E2TB goalie J.P. Rosabella with a wrist shot with 4:26 to go in the frame.

“I would describe the game as a dog fight,” Janos said, “back and forth with battles in every corner.”

Rice would give the Wolves the lead when he scored with 10:09 left in the third period.

“Coleman (Rice), a freshman, continues to be a pit bull playing with an extra level of energy,” Janos said. “Tonight, he was able to score the game-winning goal while being mauled by a defenseman.”

Protomastro would finally allow the Wolves to breathe a bit easier when he converted a breakaway with 56 seconds left to play.

Dylan Rogers ended the night with 23 saves in goal for Jay, while Rosabella turned away a dozen shots.

“Dylan Rogers is playing lights out goaltending and has given (us) every opportunity to win that he can,” Janos said.

Rice also added an assist for Jay, as did Mike McKeon and Kyle Petschek.

“Overall, I'm happy that we earned the win tonight, but I am still waiting for us to play the complete game that I know we can,” Janos said. “They have it in them, and there is no quit in this team. I am proud of them and we will fine tune a few things.”

Wishart had three goals and two assists, while Petschek scored twice and handed out one helper. Mike McKeon and Alex Maurice had a goal and an assist apiece. For Maurice, it was his first varsity goal and point.

Rice also found the net for the Wolves, who also picked up assists from Kenny Irving and Liam Burke. It was Burke’s first varsity point.

In goal, Rogers made 22 saves to record his first varsity shutout.

“Tonight, (we) came ready to play and everything just clicked,” Janos said.

He added, “Upon arriving at the rink, the boys' attitudes seemed locked in. The feeling was one of everyone being on the same page.”

Jay also posted a 7-3 win over Clarkstown in Brewster on March 7.

The Wolves spotted Clarkstown a 1-0 lead only 10 seconds into the game but regrouped and parlayed a strong first period into a 5-2 lead.

Protomastro had two goals and added an assist for the Wolves, while Rice scored once and handed out three assists.

“(Protomastro) came out to play today,” Janos said. “He is turning out to be a power forward that demands our opponent’s respect.”

Petschek and Owen Scinicariello each had a goal and an assist for Jay, which also received goals from Mike McKeon and Scott McDonald.

Kenny Irving and Ryan Kaplan notched assists in the victory for the Wolves, who received 10 saves in goal from Rogers.

The regular season finale on March 9 at Brewster saw 11 Wolves crack the scoresheet in an 10-2 rout of the Cortlandt Rebels.

Wishart had three goals and an assist, while Petschek had a goal and three assists.

Scinicariello and Mike McKeon each scored twice for Jay, which led 9-1 after two periods.

Liam Burke netted the first goal of his varsity career in the victory and also added an assist, while Doug Styles scored once and handed out a pair of helpers.

In goal, Rogers made 10 saves for the Wolves.

“We had a full bench and were able to run all four lines and grind away at (Cortlandt’s) short bench,” Janos said. “The plan was to get on them quickly before they got their legs under them after being sidelined. (We) just kept the pressure on all game.”

He added, “Now that the regular season is over, we have already turned our attention to surviving the playoffs.”