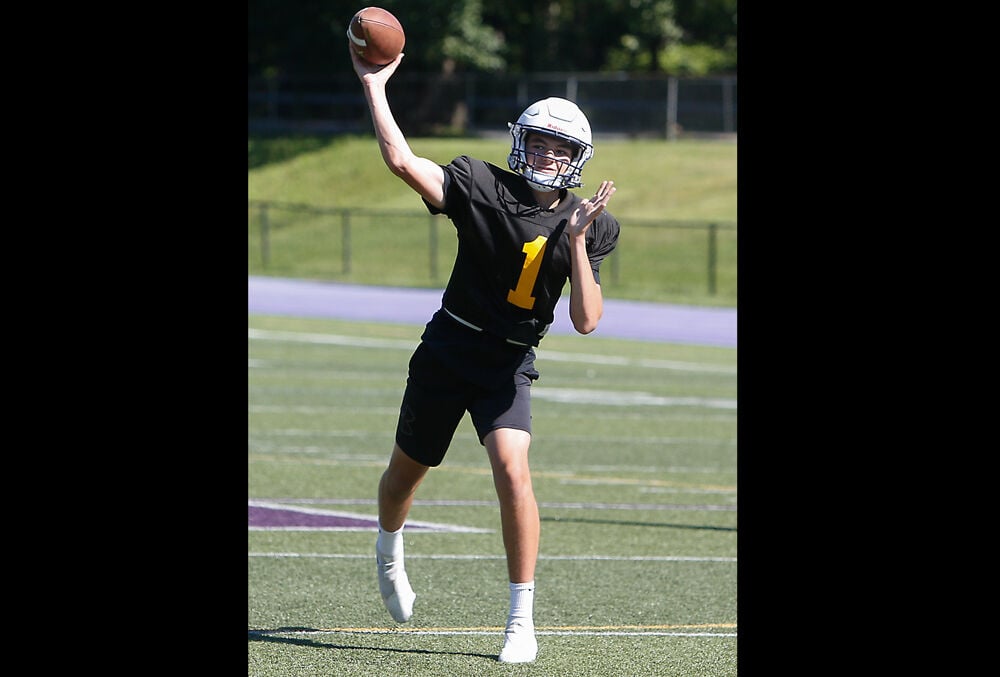 Craig Galea is competing for the starting quarterback role. 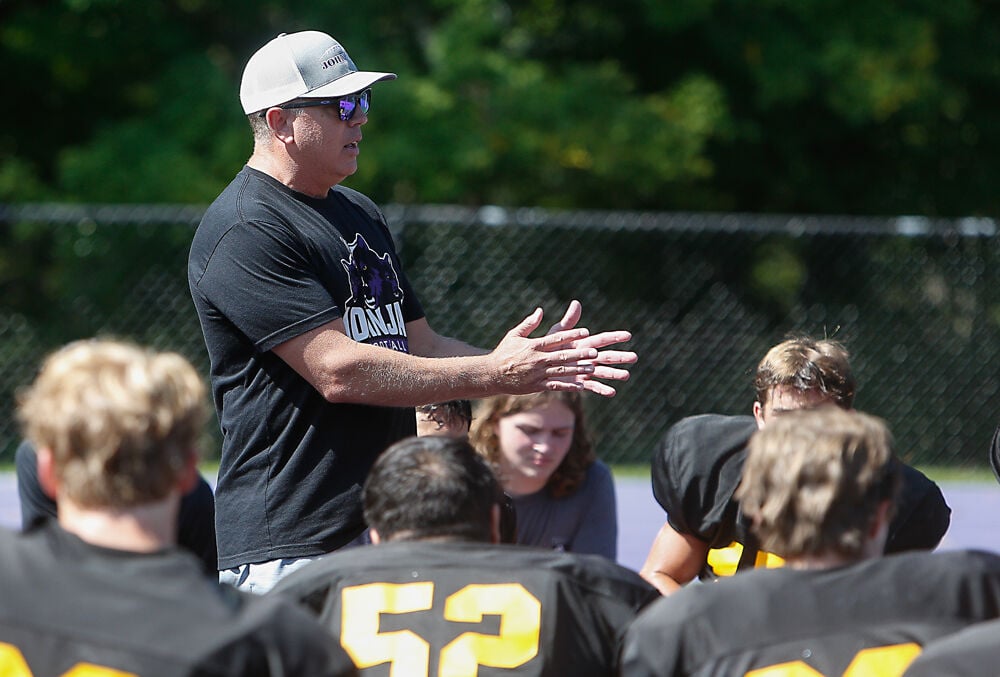 Coach Jimmy Clark is ready for his 20th season at John Jay.

Craig Galea is competing for the starting quarterback role.

Coach Jimmy Clark is ready for his 20th season at John Jay.

Watching the John Jay varsity football team work through its practice session, it is easy to understand what coach Jimmy Clark refers to as “the process.”

Entering his 20th season as the head coach at John Jay, Clark is a ball of energy, barking out instructions, running alongside his players as they work up and down the field marching from one set of drills to another, each with a purpose and specific goal in mind.

“It’s not about the destination, it’s about the process,” explained Clark. “We’re definitely going to face a difficult schedule. Now that we’re in the season, it’s about let’s get better every day. We are trying to win today, win every day and if we do that, the score will take care of itself on Friday nights.”

The results of that process can be seen on the back of the T-shirts at the John Jay practice. The shirts show that the Wolves have won four-straight league championships, going undefeated in league play each year. They won a Section 1 Class A championship two years ago, and last spring they finished 5-1 overall in a shortened season due to the pandemic.

However, that process will be put to the test this year if John Jay hopes to make it five in a row. The Wolves lost 22 seniors from last year and there are a lot of new faces on both sides of the ball as they get ready for the season opener Sept. 10 on the road at Our Lady of Lourdes.

Last year, John Jay featured a large and experienced line, but that will be one question mark for this season as most of those big men have graduated.

“We lost almost all of our linemen,” admitted Clark. “The only returning starter is Jeff Galea; Gerard Garofolo was up with us last year and got a lot of experience competing against all-state players, so those two are our leaders on the line.”

The Wolves also lost several key players in the backfield, but they have several returning varsity players who gained a lot of experience last year and will have to lead the way this year.

“We do have a lot of skill players back and we’re looking for them to step up and make some big plays and provide leadership,” Clark said. “Chris DiChiara is our most accomplished returning player. He’s very dynamic and fast; he can play all over. (Austin) Zaccagnino and (Christian) Shapiro are both returning wide receivers who are hardworking skilled players and will be part of our plan, and Nick Savastano is another returning receiver with great speed. Tyler Paladino was a starting safety on defense last year and he’ll play a big role on offense this year as well.”

One skill position still a question mark for John Jay is at quarterback. Clark is looking for two players to fill the role in DiChiara and junior Craig Galea.

“Quarterback — we still have to figure out,” he said. “We have two guys and they both do different things very well, and they both will play a lot.”

The Wolves will have to figure it all out in a hurry as the schedule includes one tough game after another. Last spring John Jay ended the season with a loss in a battle of unbeaten teams against Somers in the playoffs, and this year the Wolves will travel for a road game at Somers on Oct. 15. In addition to that game and the season opener today, Friday, Sept. 10, at 7 p.m. at Lourdes, the Wolves will face Yorktown, Mahopac, Brewster, Lakeland and Walter Panas during the regular season.

Regardless of the competition, one thing for certain is that Clark and his experienced staff will have the Wolves ready to compete. Clark has only had one losing season in his 19 years at the helm, and he shows no sign of slowing down now entering his 20th year.

“I love it,” Clark said. “That first practice is still the same. The first day of training camp I’m nervous. I can’t sleep the night before, the same anxiety. And stepping out on to the field come game time, it still juices you up. It’s exciting to get the adrenaline flowing, to get excited to work with the boys. They’re excited to play and we love coaching them.”