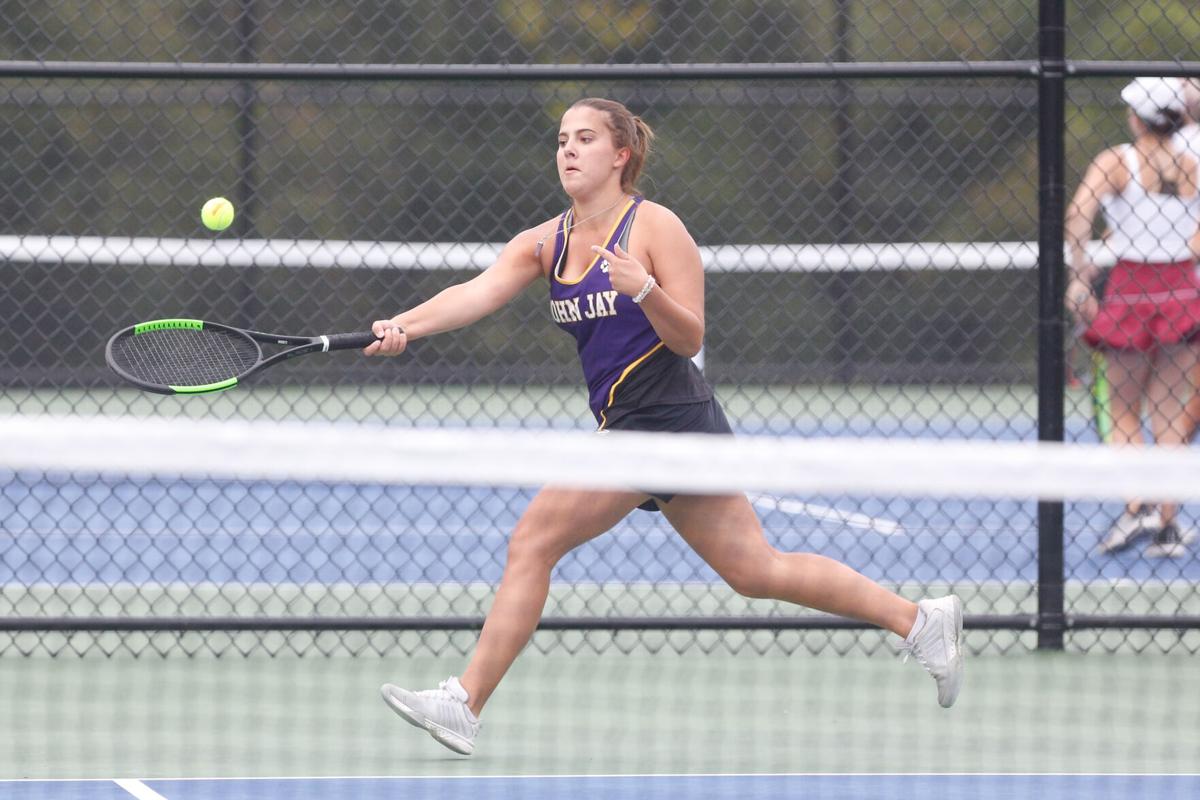 Julia Golis extends and sends it back the other way at sectionals. 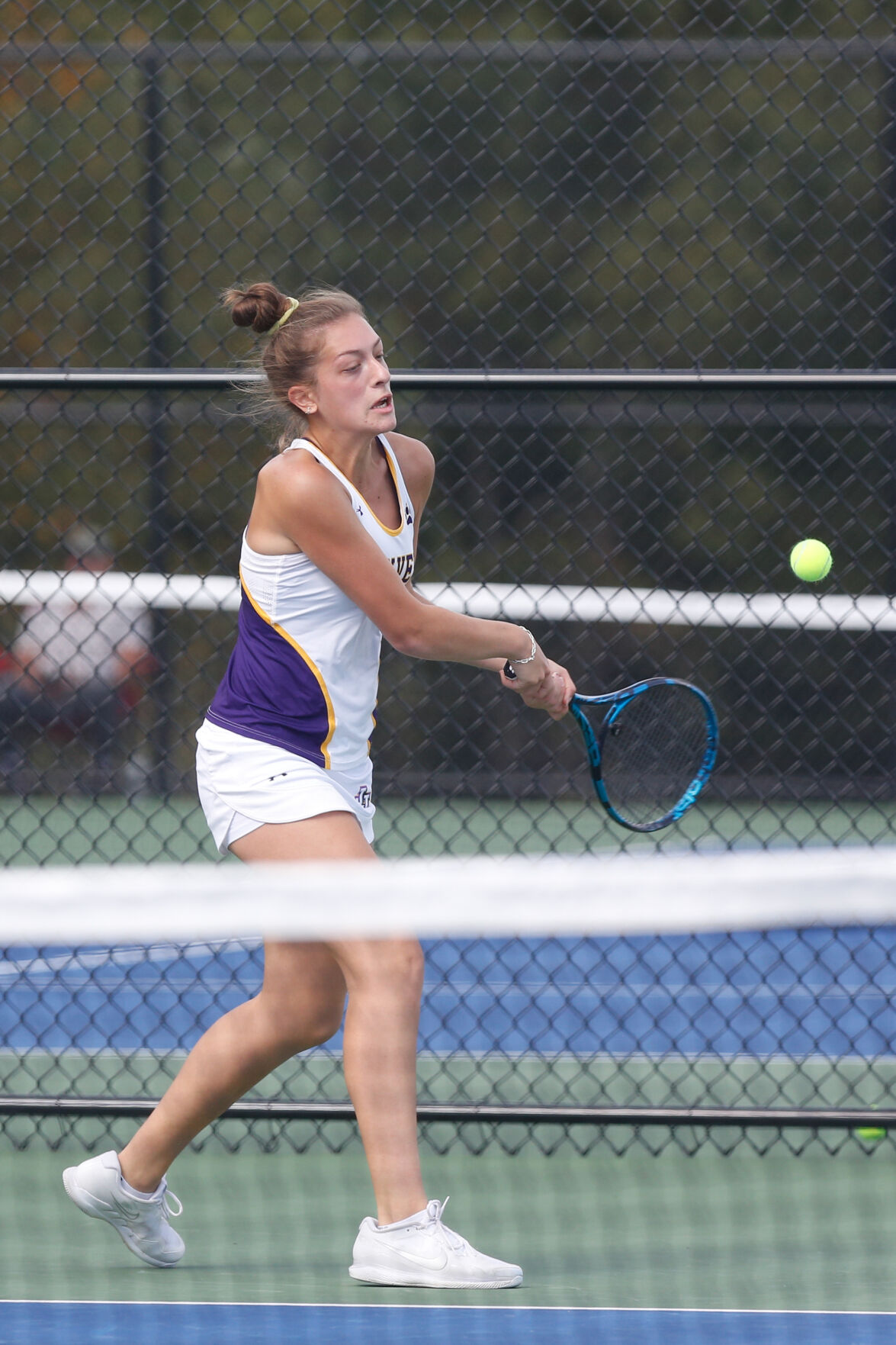 John Jay's Getuarba Tetaj won two matches at sectionals to reach the round of 16. 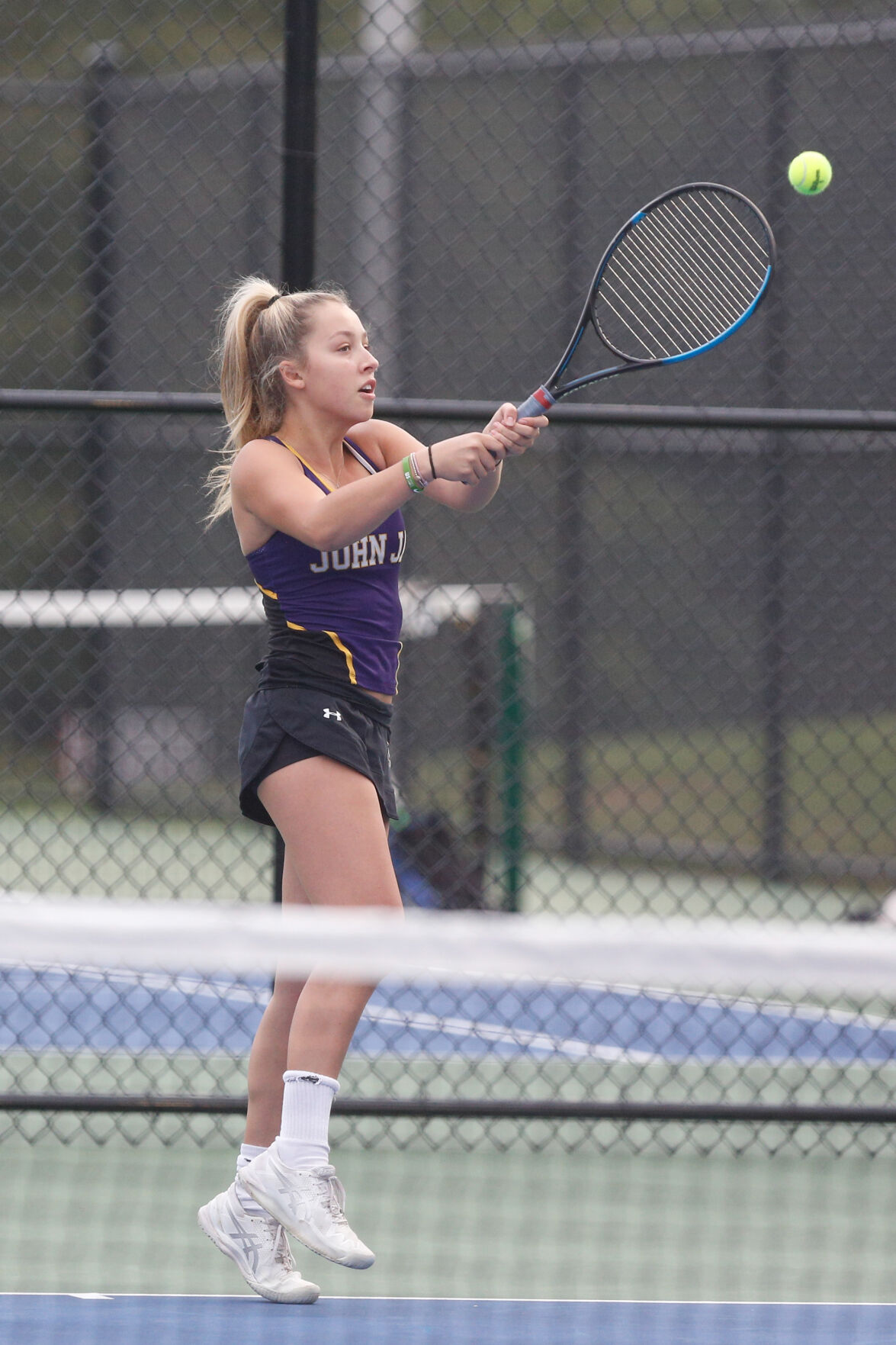 Julia Golis extends and sends it back the other way at sectionals.

John Jay's Getuarba Tetaj won two matches at sectionals to reach the round of 16.

John Jay junior Getuarba Tetaj won two matches in the Section 1 girls’ tennis tournament to reach the round of 16 but fell to third-seeded Anselma Petrie of Eastchester, 6-3, 6-2, Oct. 11 at Harrison High School.

To get to the sweet 16, Tetaj cruised past Roy C. Ketcham’s Lauren Manriquez 6-0, 6-0 in the first round and then bested Horace Greeley’s Coco Baek 6-2, 6-2 in the second round.

Jay’s Talia Blechman won her first-round match, defeating White Plains’ Ryan Krouskoff, 6-2, 6-3. But she lost to the third-seeded Petrie in the second round, 7-5, 6-0.

Also competing in the singles tournament for the Wolves were Josie Scott and Julia Golis, who both were eliminated in the opening round. Scott fell to Dylin Pizzutello of Rye, 6-2, 6-2. Golis lost to Blind Brook’s Sarah Perlman. She gained the early lead with a 6-2 win but lost the next two sets 6-2, 10-5.

The Wolves also had one doubles team competing in Julia Gold and Renee Shaw, but they lost in the first round to Dylan White and Abigael Heaton of Rye Neck, 6-3, 7-6.

The fifth-seeded Wolves went on to compete in the 3/4 team sectional tournament, defeating No. 12 Yorktown in the first round on Oct. 14 before falling to fourth-seeded Horace Greeley in the quarterfinals on Oct. 17.