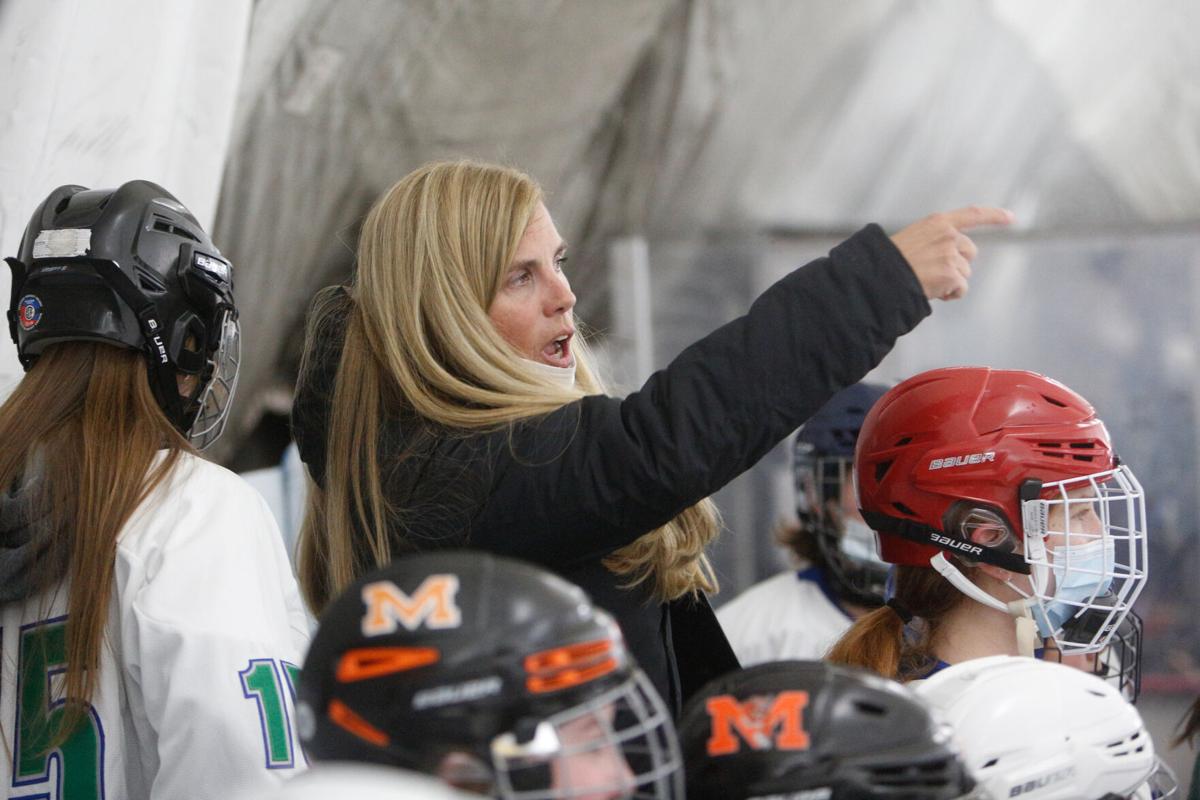 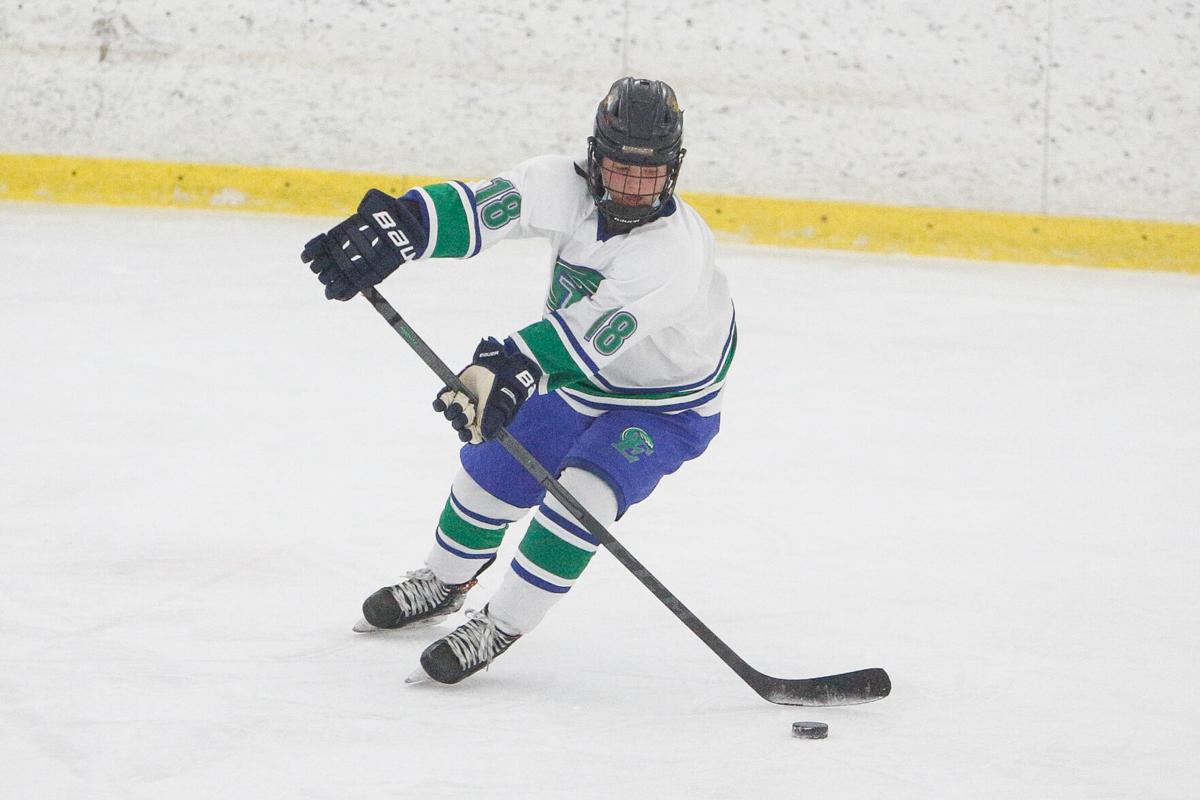 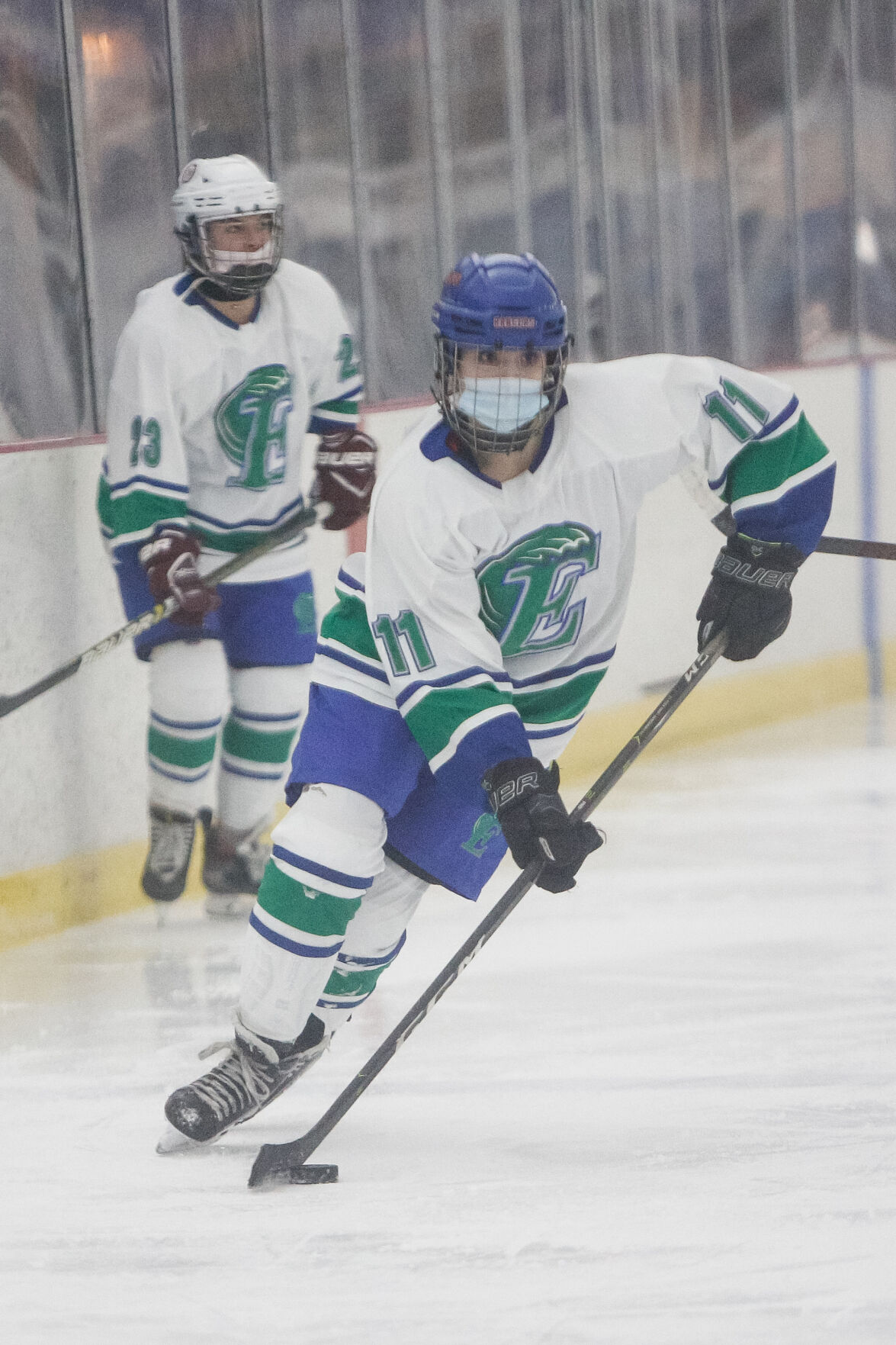 What would you be willing to get out of bed for at 3:50 a.m. on a weekday before going to school?

For a dedicated group of high school girls from all over Westchester County, the answer is easy — hockey practice.

If you want to play ice hockey you play when the rinks are available, and that usually means early in the morning or late at night for practice. No problem according to Stacey Wierl, coach of the Section 1 East girls varsity ice hockey team.

“That’s the beauty of hockey. These girls have a passion for this game and they come from all over the place,” Wierl said. “We practice at the Hommocks Rink in Mamaroneck at 6 a.m. on Wednesday’s. We have girls coming from John Jay, Fox Lane and Somers. We have a 3:50 a.m. wake-up call, and all of our players come in with smiles on their faces because they love the game and they love their teammates.”

She continued, “Now that we’re a fully approved interscholastic sport in Section 1, the girls have something to play for and that’s a state title. We have to get through sectionals and hopefully have an opportunity to play at the state level.”

Girls on the team who make the early morning trip to Mamaroneck include two from Fox Lane, two from John Jay, and others from Somers, Scarsdale, Ardsley, Edgemont, Mamaroneck, representing a total of 12 different school districts throughout Westchester County.

From Fox Lane, junior Wallis Kelleher and eighth-grader Sadie Rothfleisch, both compete for the East team. From John Jay, it is twin sisters Brady and Peyton Wierl, as the pair of freshmen get to play on the team with their mom, Stacey, as their coach.

The team took a step toward reaching the goal of playing in the state tournament as the East team defeated Rockland 5-2 on Jan. 4, at the Ice Hutch. They improved to 2-

East dominated in the first period, opening up a 3-0 lead, behind goals from Eileen Mazzaro, Adrienne Kantrowitz and Victoria Tesoro with assists coming from Brady Wierl and Kelleher. The teams traded goals in the second period with Kantrowitz scoring her second of the game off an assist from Amelia Aherns. After the West scored at the start of the third period, Brady Wierl answered back as she scored a goal off an assist from Tesoro to make the final score a 5-2 victory.

Wierl said of win, “(The West) didn’t have any shots on net. That was our goal, to stay in the offensive zone to start with high intensity, and we accomplished that.”

She continued, “It was senior night for us and we have seven seniors. They’ve been with the program for four years since we started with club status.”

Currently, the East and West teams are the only two teams in the Section 1 girls’ high school league. While there are multiple high school girls’ teams throughout upstate New York, girls in the Westchester area had previously only had the opportunity to play on their local boys’ team at the high school level in addition to their travel club teams.

Wierl could see at a young age what the future of the sport meant for her daughters and the other local girls she coached throughout youth hockey. She was one of the coaches advocating for Section 1 to approve a girls league. She helped make that dream into a reality as she started the program and has been the coach of the East team since the beginning four years ago.

“I’ve  been so fortunate to have the opportunity to coach my daughters since they were little,” Wierl said. “Coaching locally here in the Hudson Valley league, more and more every season I would see more ponytails coming out under the helmets.”

The Wierl sisters understand how fortunate they are to be playing with this team and having their mom as the coach. The Wierls are a hockey family. Mom Stacey explains how, along with her sister, she helped break the gender barrier growing up in Maine playing hockey with boysteams. Older brother Matt, a senior at John Jay, is currently playing prep hockey in St. Louis and he hopes to play at the collegiate level next year. Another brother, Cameron, plays as a hockey goaltender, although he is currently competing in wrestling at John Jay.

The twin sisters plan to follow in their brother Matt’s footsteps with the opportunity to play at a prep school and eventually play hockey at the collegiate level.

“We were in skates since we were 3,” Brady Wierl said. “We’re lucky to have a passion and love of the sport, but we were always in programs playing with the boys so it’s really special to be out there with girls playing at a high level. We’re really grateful to our mom — she had us in mind starting this.”

Peyton Wierl agrees, and she points out how great the opportunity has been to compete with girls they have known growing up playing youth hockey together.

“Getting the chance to get on the ice any time I can is the highlight of my day,” Peyton said. “Especially with this team, these girls are my closest friends, it’s so much fun. The game for girls is growing every single day and a lot more girls want to get involved.”

Of course, competing alongside your twin sister is also special, and has helped them develop a special bond on the ice. “We’ve always been very competitive and I think that’s helped us, we push each other to do better,” Peyton said.

The girls have usually been on the same team together, but since they both play the same position at center, they are usually on different lines.

I couldn’t be more proud of the student-athletes they’ve grown to be,” Wierl said of her twins, adding, “Many of these girls I’ve coached since they were little. I’ve watched them grow up through youth hockey. It really is special to be part of their journey.”