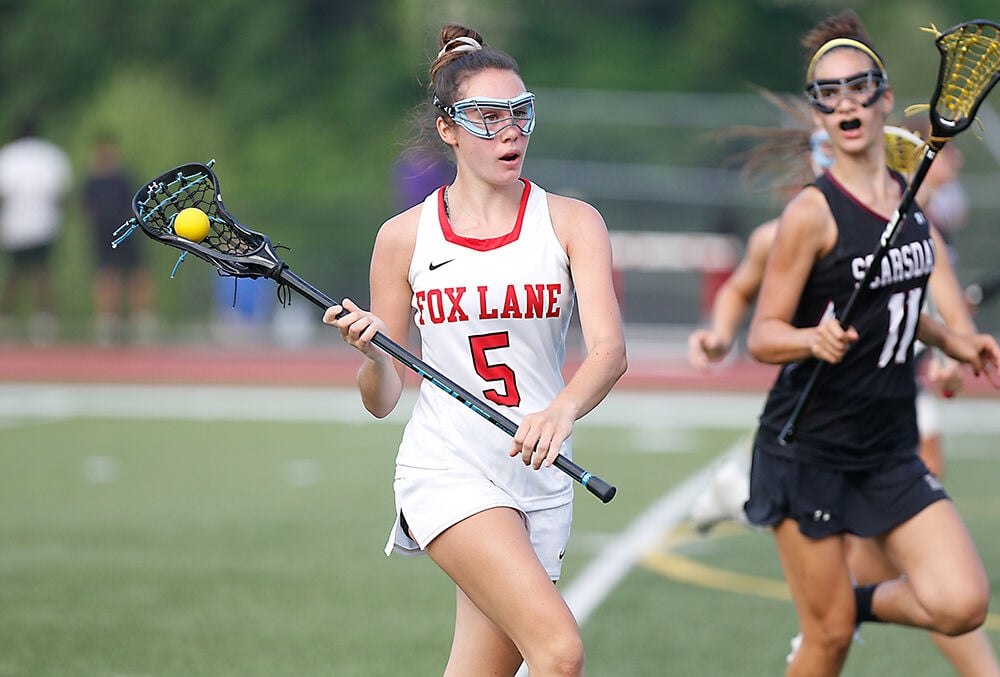 Grace Giannettino is one of seven seniors from the Fox Lane girls lacrosse team who graduated in June. 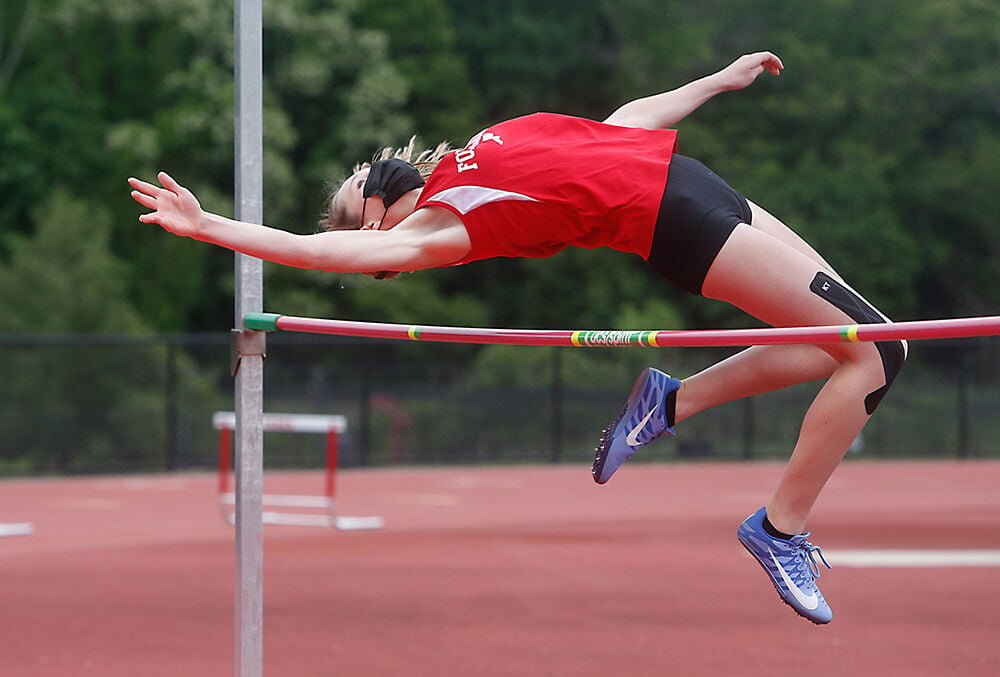 Corrine Wierzchowski claimed three first-place finishes for the Fox Lane girls and helped them to the League 1D title.

Grace Giannettino is one of seven seniors from the Fox Lane girls lacrosse team who graduated in June.

Corrine Wierzchowski claimed three first-place finishes for the Fox Lane girls and helped them to the League 1D title.

It was close to two years since Fox Lane’s spring teams played a real game. And, since that time, rosters turned over dramatically and coaches were faced this shortened spring season with putting out lineups filled with players making varsity debuts.

The Foxes fell short of that goal with an 11-8 final mark. Their run ended with an incredible 1-0 Class AA opening playoff round loss June 5 when eighth-seeded White Plains’ Mark Kent went the full nine innings, allowing only two hits as the Tigers advanced by eliminating ninth-seeded Fox Lane.

The pitcher allowed only a second inning single to Bruno Spadafora and a single in the following inning to Aidan Hicks. From the final out to getting one away in the seventh, Kent set down 11 consecutive Foxes. He walked no one and struck out two, needing 97 pitches to finish off his nine-inning gem.

Meanwhile, Fox Lane starter Matt Antolino was almost as good. The righthander was finally pulled with one out and runners on first and second in the ninth inning after 118 pitches.

Alex Casarella came on and, after getting the inning’s second out, walked a batter to load the bases. Casarella then hit Jake Dorchak with a pitch to force in the winning run.

Hillis lost 10 players from this year’s team to graduation, including Spadafora, Hicks and Casarella. However, he will have a wealth of talent returning, headlined by Tulane-commit Mike Lombardi.

Softball head coach Anthony Rodrigues had to be happy with the progress his team made this past season as they battled to a 9-9 mark.

Granted, he just lost a couple of big pieces in his line-up to graduation in shortstop Adriana Piccolino and catcher Sam Sanchez, but he will have his top pitcher in Jordyn Killion back next spring as a junior — and pitching is a huge part of winning high school softball games.

Girls lacrosse head coach Bill Broggy had to dive right into the season without even taking a breather after his football season concluded and led the girls to a 4-10 mark.

Replacing Maeve Luparello in goal was the biggest question facing Broggy and his staff, but junior Sophie Kathari stepped up and won the job prior to the start of the season.

With a young roster, the Foxes had just seven seniors on their 27-player roster, though those seniors — Haley Giannettino, Grace Giannettino, Alex Riley, Quinn Alami, Cameron Harney, Kayla Witz and Jada Singleton — will all be missed.

The boys lacrosse team exceeded many peoples’ expectations with a 9-5 mark.

There were plenty of new faces that made lasting impressions on Henley, and some familiar faces that showed that the year off did not tarnish their skills.

In goal, Mike Hopkins, Manhattanville College-commit was solid. In front of him the defense includes Nick Andreades, Jack Brooks, Jake Fields, Will Krasnow, Kyle Vogel and Ryan Nathan performed admirably. Of that group, Fields and Vogel will be back next year as seniors, while Nathan was just a freshman this past year.

Banks, Leader and Magidson were the top offensive threats from the group and all three graduated last month, leaving a gaping hole.

Just Marlow and Vuksanaj were the only underclassmen on the roster.

On attack, the coaching staff will piece together a trio from Ben Begley, Jack Cicchelli, Will Shepherd and Jake Wollman.

A sophomore, Cicchelli emerged as a big-time scoring threat and is sure to improve next spring, while Shepherd will return for his senior season with high expectations to exceed the strong 2021 campaign he put together.

Golf head coach Dan Mulvey’s team had a strong mix of veterans and newcomers during the shortened season.

Playing a curtailed schedule, the Foxes won one of six matches this spring.

Of the 14 members of his roster, boys tennis head coach Scott Shannon had only one senior — Mackenzie Sleeman — on the squad.

Juniors Kyle Stricof and Tyler Stricof were joined by classmates Jack Travis, James Schroeter and Sam Green, while sophomores Ryan Ades and Dylan Landau made up the sophomores on the roster.

In what was believed to be the first time in two decades, Fox Lane swept the league spring track and field championships, attaining the milestone victories on May 24-25 at the Bedford campus.

The Fox Lane girls finished the two days of competition with 102 points to claim the top spot in League 1D. They were followed by White Plains with 87 points, Port Chester with 49 and Ossining with 20.

Port Chester’s boys were third with 49, followed by Ossining with 20.

On the boys’ side, John Marple and Bruce Lenes each came away with two victories.