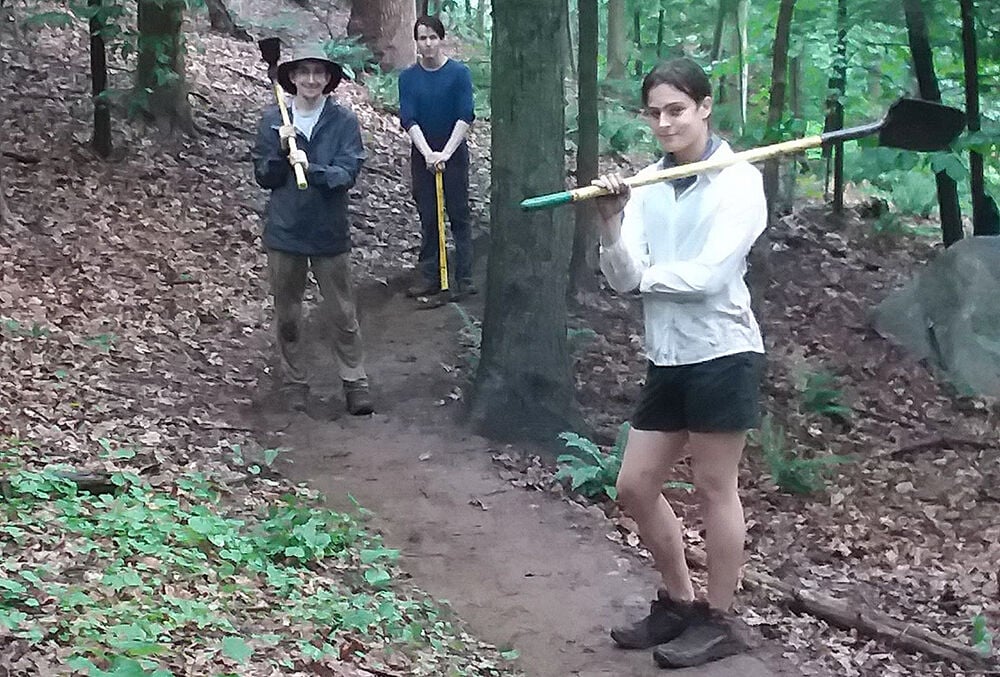 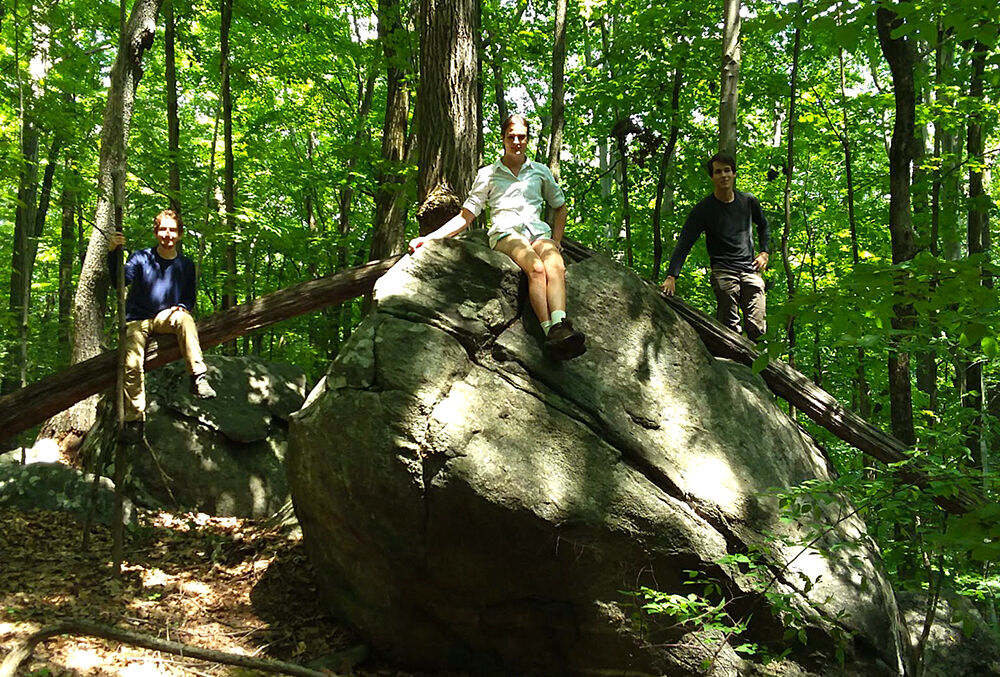 Interns for the Pound Ridge Land Conservancy shared the work they completed on the town’s preserves over the summer during a virtual presentation held via Zoom last week. Although it was an unusual season due to COVID-19, Land Steward Andrew Morgan said interns Jacob Adams, Andrew Miller and Catherine Janszky “took every step of this year in stride.”

The interns managed to complete a series of labor-intensive group projects while maintaining social distancing and wearing masks as needed. On the Honey Hollow Preserve, they cleared 2 ½ acres of invasive species, mostly Japanese barberry. At the Bye Preserve, they completed a two-year-long effort to turn an overgrown patch of land into a micro-meadow. And at Halle Ravine, one of the most frequented preserves, the interns made extensive trail improvements. In addition to this group work, each intern also pursued their own projects.

“Not many places were offering jobs, so being able to work outside and do what I love to do and what I love to study was very, very fortunate,” Mr. Adams, this summer’s preserve steward intern, said.

Mr. Adams, from Stamford, Connecticut, is entering his senior year at Skidmore College. His primary project this summer involved conducting extensive research to create a website for the Halle Ravine, featuring maps, historical documents and other media.

For his second project, Mr. Adams conducted a vegetation study at the Olesen Preserve to monitor the growth of glossy buckthorn, an invasive. In the near future, PRLC plans to arrange for the removal of the buckthorn and will closely monitor regeneration, he said. This is a pilot project originating from the Lower Hudson PRISM.

Mr. Miller, a Pound Ridge resident, returned to the PRLC for his third summer season. This year, as the ecological monitoring intern, he undertook several projects. His first project was a report assessing ecological changes at the Olesen Preserve caused by beavers. He compared those findings to results from a similar report completed in 2019. Mr. Miller also completed a hemlock woolly adelgid study at the Halle Preserve and a survey of evergreen tree health at the Clark and Armstrong preserves. Continuing his work to stem invasive species in Pound Ridge, Mr. Miller helped create a detailed map of the invasive species on each preserve to help track the populations

“The goal behind this project is to make removing invasive species more organized and more efficient,” he said.

In addition to this work, Mr. Miller also contributed to a citizen science project that helps monitor and manage ash tree mortality, and completed a study to assess the impacts of overbred white-tailed deer on natural forest regeneration.

This year’s volunteer preserve intern was Ms. Janszky, who is from Bedford and entering her junior year at Bowdoin College. When she wasn’t helping with work on the preserves, Ms. Jansky spent the summer helping PRLC increase their social media presence. Although she originally planned a host of outreach programs for the summers, the coronavirus forced her to pivot to a new communications plan.

“We had to come up with some pretty creative solutions for a very in-person organization to go virtual,” she said.

Ms. Janszky helped the PRLC update its website, launch a new Instagram account and diversify its Facebook postings to increase user engagement. She also helped create a new virtual tour of the Halle Ravine using an existing audio tour of the preserve. The virtual tour will be posted on PRLC social media in next few weeks. PLRC plans to produce virtual tours for the town’s other preserves.

“Each of these interns have launched us into a new area that is helping us in the future to build on their work,” Mr. Morgan said.