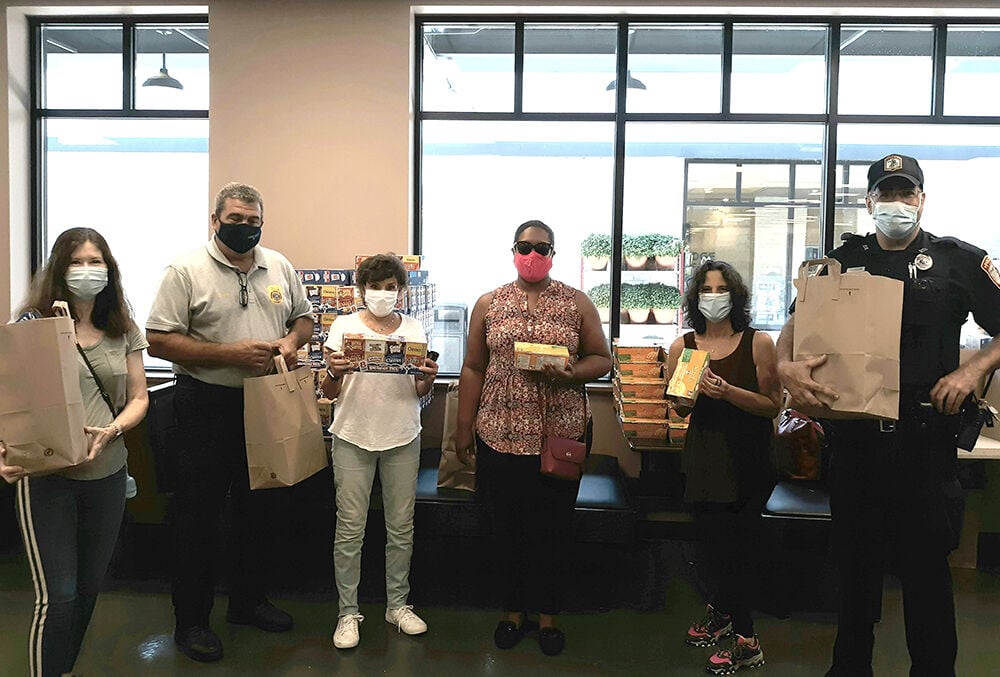 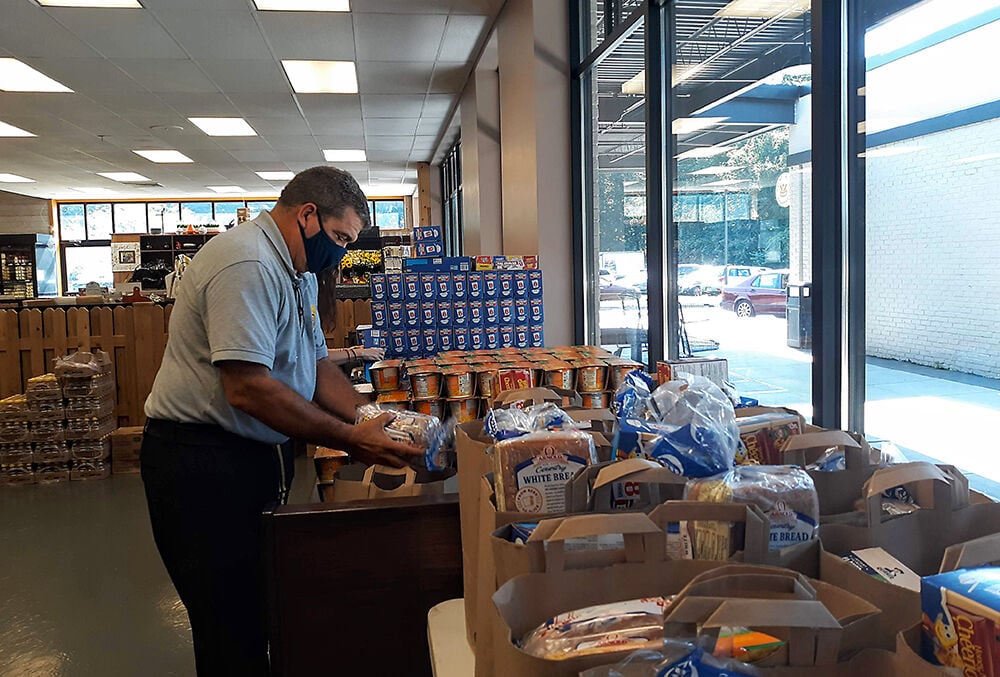 Pound Ridge Chief David Ryan worked with the local Police Benevolent Association, the Westchester Country Office for Women, and The Market at Pound Ridge Square to donate hundreds of bags of food to families in need.

On the Friday of Labor Day weekend, rather than relax by the pool, Pound Ridge Police Chief David Ryan and a half-dozen volunteers were busy sorting food at The Market at Pound Ridge Square for 150 families experiencing food insecurity.

The event was the result of a collaborative effort between the Pound Ridge Police Benevolent Association, the Westchester County Office for Women, and The Market to serve the growing number of people who are experiencing food insecurity.

“You would think it’s not an issue in affluent Westchester County, but it is,” Chief Ryan told The Record-Review.

According to Feeding Westchester, Westchester County’s food resource distribution center, one in five residents, or 200,000 people, were living with food insecurity before the coronavirus outbreak. With closures, social distancing orders and rising unemployment, that number is increasing.

The effects can already be seen at Our Lady of Mount Carmel in Elmsford, where volunteers are struggling to keep the shelves stocked. “The church there distributed about 195 to 250 bags a week and they’ve just run out of food,” Chief Ryan said.

That’s when he took action. He reached out to the church and informed them he would help supply a week’s worth of groceries for their food pantry, allowing them time to fundraise and restock. Through word of mouth, Chief Ryan was able to raise almost $16,000 in three days for the effort. He contacted major retailers like Costco and BJ’s for donations but found their ability to assist was bogged down by company protocols.

He had better success approaching Billy Fortin, owner of The Market, an independent grocery store in Pound Ridge. Mr. Fortin helped strategize what items should go into the food donation bags, filling them with nut-free granola bars, prepackaged oatmeal, cups of applesauce, boxes of pasta, jars of tomato sauce and other groceries. The team identified 25 families in northern Westchester and 25 single mothers who are survivors of domestic violence and experiencing food insecurity. Each of these families received one bag with the donated food, which was the equivalent of about five days of meals. The remaining 100 food donation bags are being distributed to Catholic Charities from the Mount Carmel Church in Elmsford.

Robin Schlaff, director of the Office for Women in Westchester County, helped connect Chief Ryan with the local victims of domestic violence struggling with food insecurity. The issue first came to her attention about two months ago, when she reached out to Catholic Charities to offer assistance with domestic violence services. She was surprised to hear from Esmeralda Hoscoy, agency director of Catholic Charities, that “unfortunately the physical safety of these women is the last thing on their mind. What they need is food.” Studies have found that food insecurity was strongly associated with violence, and women exposed to persistent food insecurity were even more likely to experience intimate partner violence.

“We can try as much as we want to do outreach for family violence, but this added stressor of the most basic needs, of  food and housing, was something that we had to address. We can’t ignore it,” Ms. Schlaff said.

When Chief Ryan reached out to the Office for Women to collaborate on a food donation project, Ms. Schlaff jumped at the opportunity.

“We have incredibly generous people in this county who have the funds to help other people, they just don’t know that the need is there,” she said. “We want to do this around the county,” she said.

Ms. Schlaff said the Office for Women is willing to collaborate with PBAs from neighboring towns. For more information, email Robin Schlaff at RSchlaff@westchestergov.com.