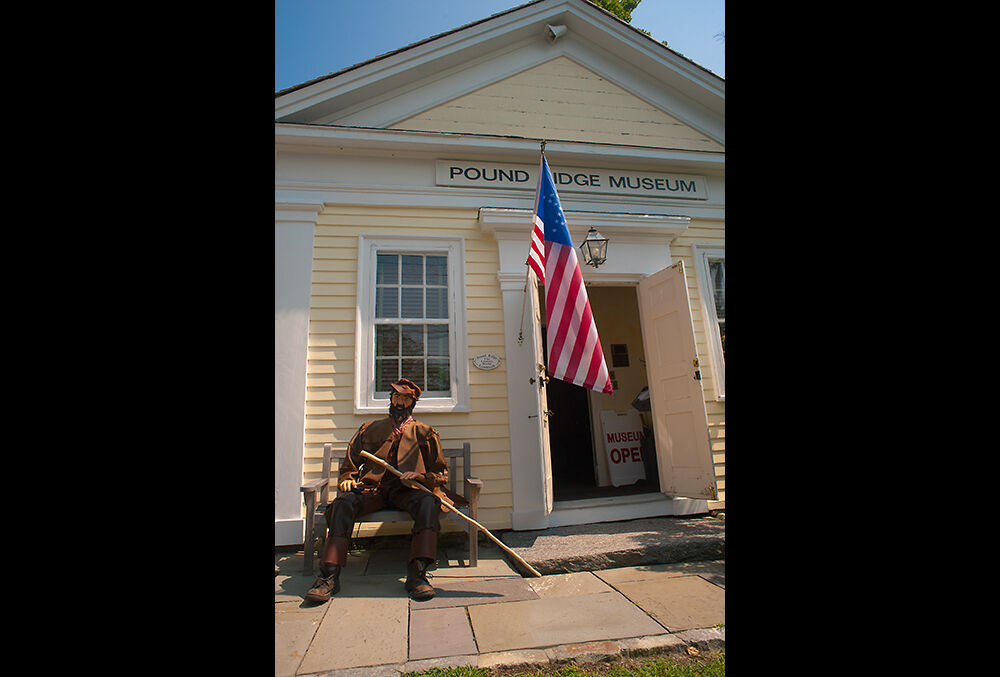 The Leatherman at Pound Ridge Museum is now outfitted with a more authentic suit, befitting of the local legend. 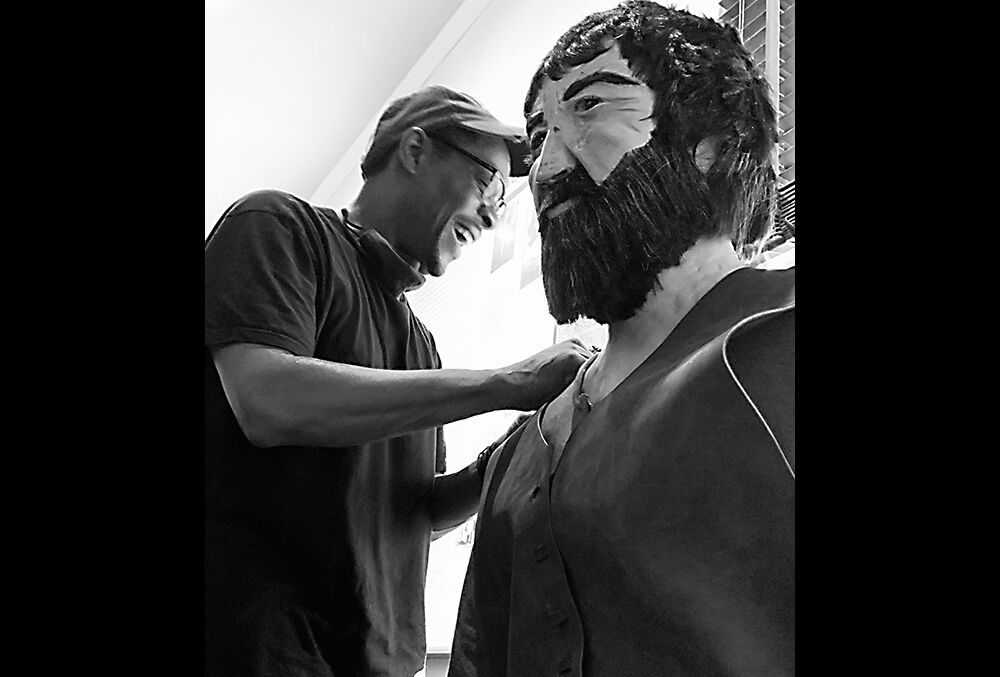 South Salem resident Stephen King is a senior lawyer at Google and a skilled leather craftsman. 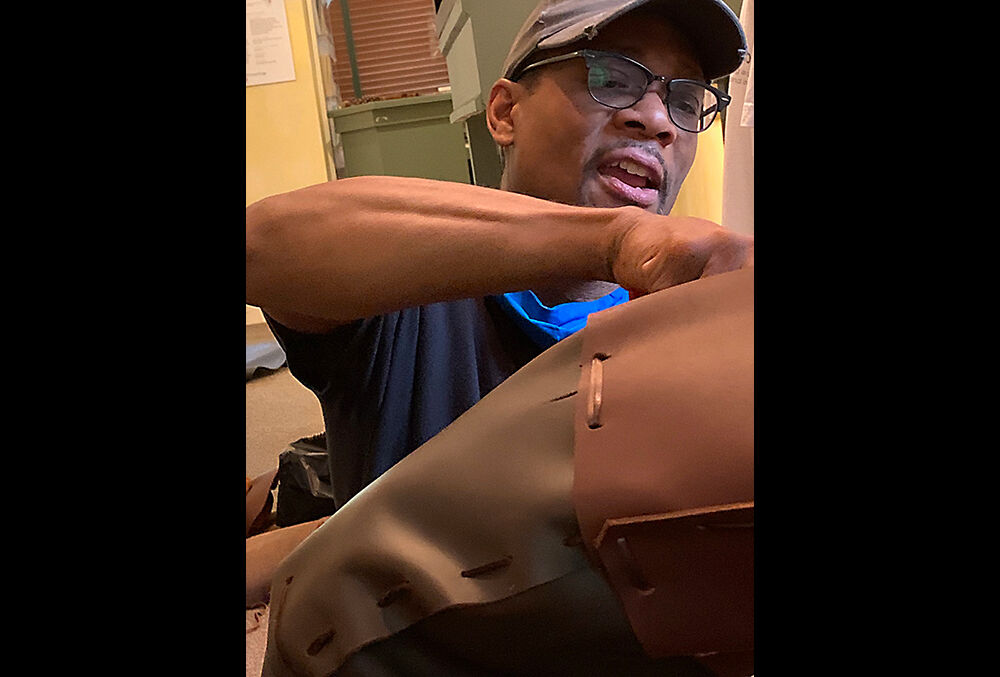 Mr. King gathered leather scraps and carefully sewed together a new suit for the Leatherman model at the Pound Ridge Museum.

The mysterious and nomadic Leatherman has captured the imagination of area residents for over 100 years. Now, thanks to a new wardrobe crafted by a skilled local hobbyist, the Pound Ridge Museum can better capture his likeness.

This summer the Pound Ridge Historical Society procured a more realistic-looking suit for its Leatherman model displayed at the museum, a longtime goal for board member and Leatherman enthusiast Natasha Seery.

“People of all ages are drawn to the legend and story of the Leatherman. We had the opportunity to have something really authentic made from scratch for our model,” Ms. Seery said.

Previously, the Leatherman in the museum had been wearing a suit on loan from the Bedford Historical Society — a fabric costume used for Bedford’s Leatherman Loop. Ms. Seery wanted something that would better reflect the ingenuity and survivalist skills of the 19th century wanderer.

She was pointed in the right direction when, while shopping at The Cottage in Scotts Corners one afternoon, a pair of leather satchels caught her attention. The owner, Lisa Miller, told her they were made by a “local lawyer who does leatherwork as a hobby.”

That’s how Ms. Seery found South Salem resident Stephen King. An accomplished lawyer, Mr. King has worked as a federal prosecutor, served as director of investigations and law enforcement in the White House Homeland Security Council, and held senior corporate legal and compliance positions at companies including MasterCard, PepsiCo and Google, where he currently runs the global investigations team. But he is also a talented costume designer and craftsman known for his elaborate live action role-playing garb.

“Stephen surprised me completely by showing me his own amazing costumes,” Ms. Seery wrote in an email to The Record-Review. After Ms. Seery asked Mr. King if would consider fabricating a new Leatherman outfit, “He said it would (a) be his pleasure, and (b) he would not accept any payment, even expenses.”

To prepare for the job, Mr. King read Dan W. Deluca's book, “The Old Leatherman” cover to cover. He subsequently met Ms. Seery at the museum to measure the mannequin and began collecting boot tops and scrap leather as material. After studying how the Leatherman made his own suit, Mr. King constructed the new one, using the same methods.

Described by Ms. Seery as someone who values his privacy, not unlike the Leatherman himself, Mr. King was not available for an interview. However, he asked Ms. Seery to convey that, “although history has turned our Leatherman into something of a mysterious legend, he was bullied along his way, and his precise routines indicate he was ‘on the spectrum’ and suffered some sort of mental disability,” in Mr. King’s opinion.

Despite these personal challenges, the Leatherman pressed on, marching from the Long Island Sound to the Hudson River in all kinds of weather conditions, living from nature and donated food, and resting in meticulously maintained caves along the way.

“His story remains a mystery. What's not to love about the Leatherman?” Ms. Seery asked.