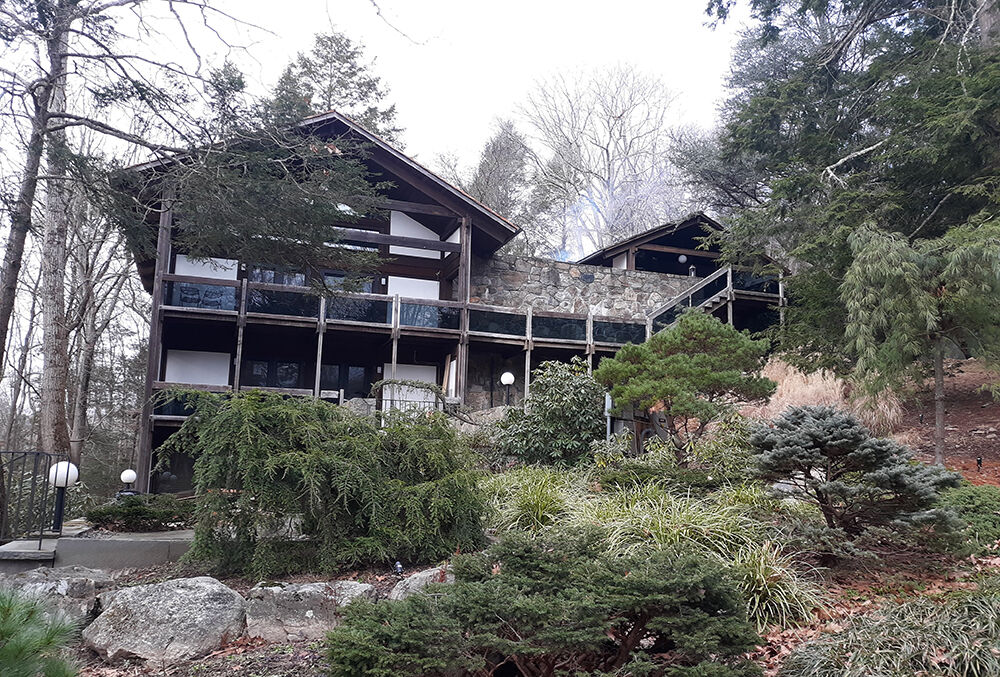 The home at 21 Gorge Lane built by Vito Fosella exhibits several of his signature features, including large stone fireplaces, floating stone staircases and expansive windows that wrap around the home. 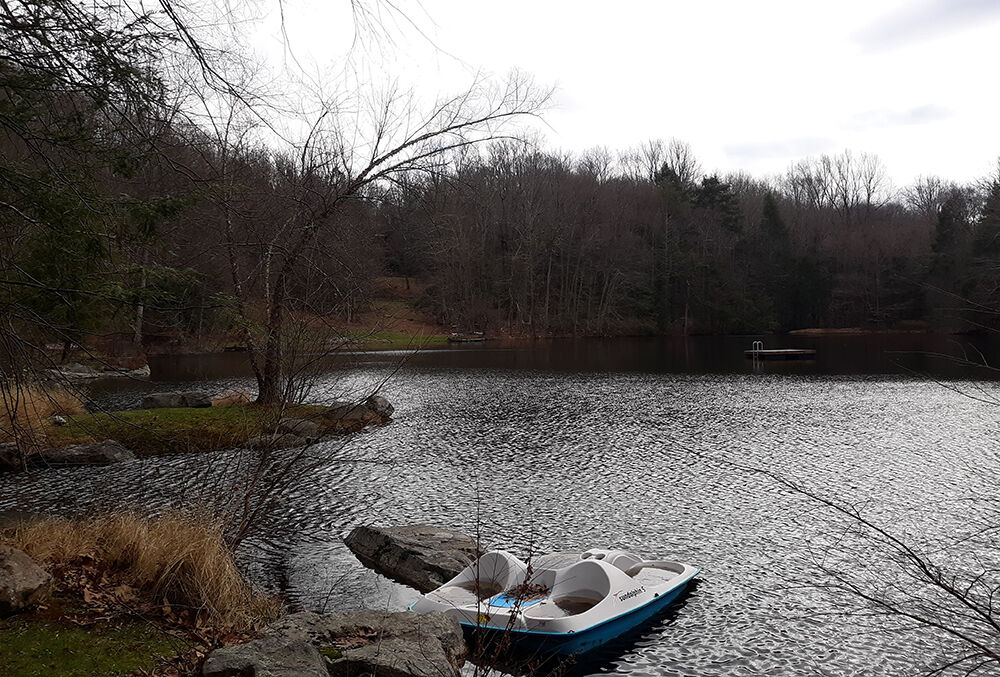 Vito Fosella built Little Gorge Lake as a central water feature for several homes he built in the area.

The home at 21 Gorge Lane built by Vito Fosella exhibits several of his signature features, including large stone fireplaces, floating stone staircases and expansive windows that wrap around the home.

Vito Fosella built Little Gorge Lake as a central water feature for several homes he built in the area.

Lauren and Danny Moskovitz of Pound Ridge had just finished renovating their dream home on Kinnicutt Road five years ago when they stopped at an estate sale to look for some additional furniture. It was there they ran into a loquacious and eccentric local contractor named Vito Fosella, who took a liking to the couple and declared: “My house is for sale — you should buy it.” The Moskovitz couple was dubious at first. After all, Ms. Moskovitz said in an interview, “we had just spent the last 16 years renovating our home.”

But by March 2019 they had officially closed on Mr. Fosella’s one-of-a-kind property at 21 Gorge Lane, ultimately won over by the “skill and artistry of the home.” Since then, Ms. Moskovitz said she and her husband have “been working tirelessly” to clear the property of debris and restore it to its original state. Severely neglected and overgrown, some of the finest features of the property weren’t revealed until months after its purchase. Over time, the Moskovitz couple has discovered many handcrafted features, including a man-made pond and small waterfall built into the rock face of their backyard.

Longtime residents may be familiar with the late Mr. Fosella, an accomplished stone mason and architect of singular personality who purchased 8 acres on the Mianus River Gorge in the early 1960s. He proceeded to build Little Gorge Lake and then four large homes in the mid-century modern style in the surrounding area of Gorge Lane, Robin Hood Road and Shad Road West.

Among them is the distinctive Hunter House, which boasts tall, curved wooden ceilings and has a stunning view of the Long Island Sound on a clear day. Mr. Fosella also contributed his skill to the Wang House on Eastwoods Road. The home consists of three, square pagoda-like structures of different sizes and the massive, flaring stone abutments that hold the roofs aloft were built by Mr. Fosella himself.

Though he described himself as a student of Frank Lloyd Wright, his homes are also heavily influenced by Japanese architecture and Swedish design.

Ebie Wood, who has lived in town for more than 60 years and formerly served as Pound Ridge Historical Society president, said Mr. Fosella was “probably the best builder we ever had” and was known for his “magnificent stone work.”

That high-caliber workmanship is also evident at 21 Gorge Lane, which is literally built into the side of a rocky hillscape and surrounded by a stone retaining wall. The home, which is designed in the shape of a cross, has a stone and timber exterior with hand-split cedar roofs. It boasts three large stone fireplaces, several floating stone staircases, and expansive windows that wrap around the house. It even has a bomb shelter, a remnant of the Cold War era. Other distinct features of the home include marble trim in several rooms, massive wooden ceiling beams, hidden light fixtures, custom-built teak wood cabinetry and flagstone interior flooring.

“These are details that you won’t find in most houses. They just don’t build them to this standard,” said Mr. Moskovitz.

Recently the Moskovitz family oversaw the planting of 20,000 flower bulbs imported from Holland on their property. When the Dutch bulbs bloom in March, they encourage neighbors to take a gander at the flowers and the unique property they frame.