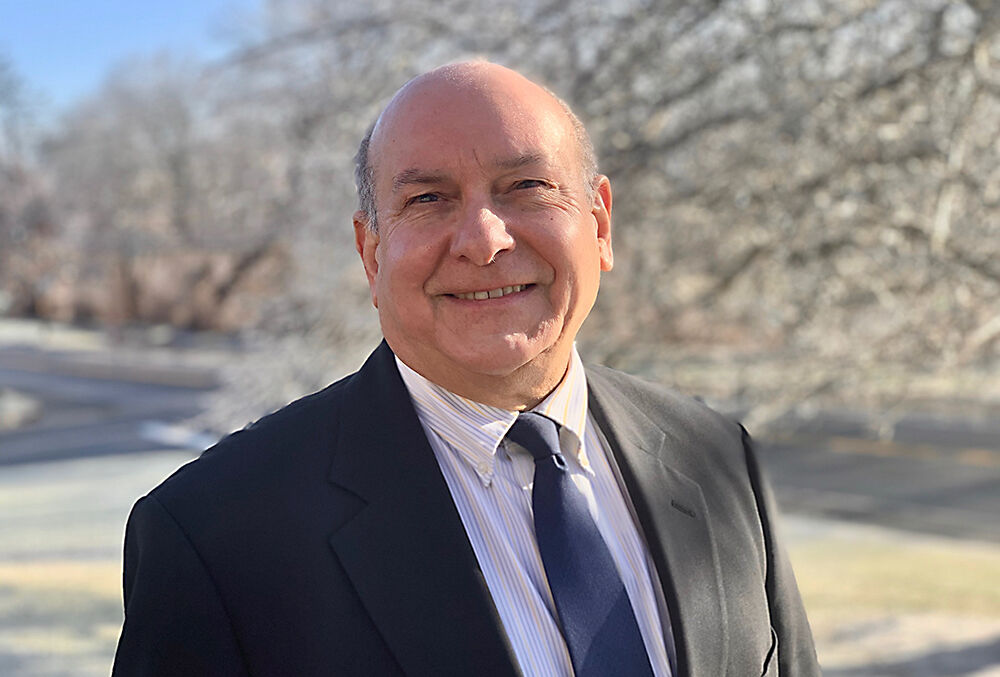 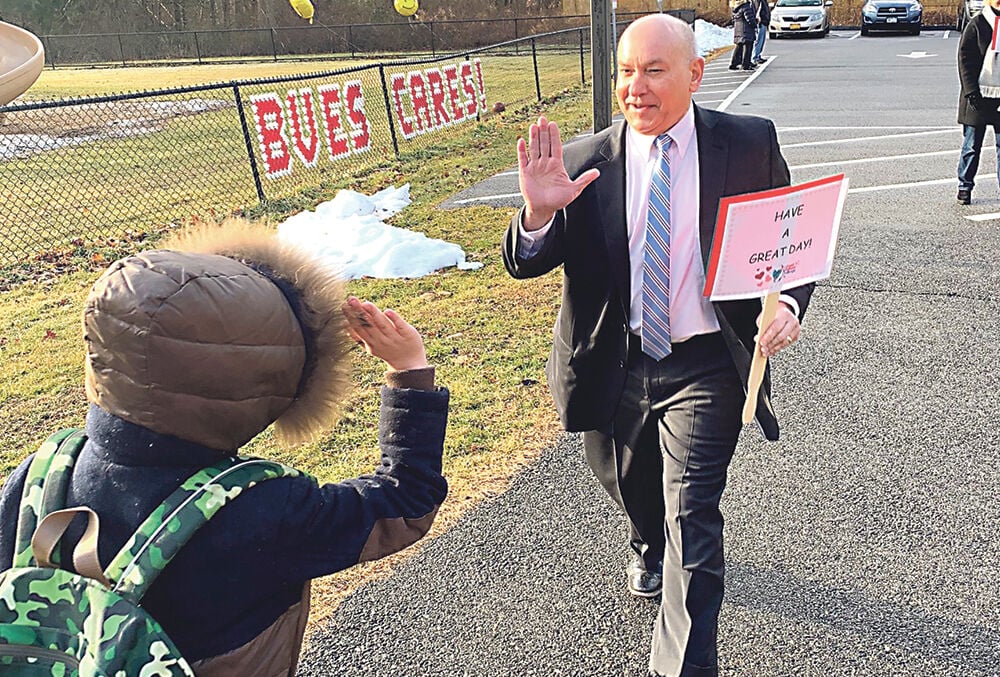 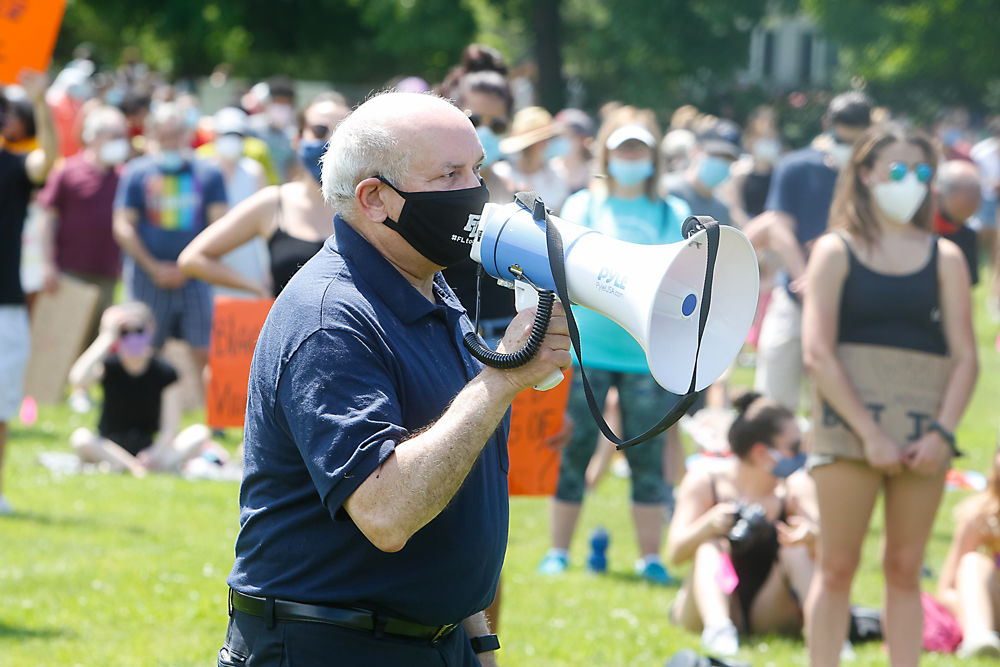 As Chris Burdick’s time as supervisor draws to a close, The Record-Review asked him to look back and reflect on his tenure. In typical fashion, he also took the opportunity for a look ahead.

Elected supervisor in 2012, Mr. Burdick was reelected twice and previously served on the town board. In November, he was elected to the New York State Assembly after having beaten four other Democratic candidates in a June primary. Other than Robert Hazzard, who went on to serve in the county legislature from 1983 to 1986, Mr. Burdick is the only Bedford supervisor to be elected to a higher office since the 19th century.

Asked what he considered his proudest moment as supervisor, Mr. Burdick chose the time he learned the town had surpassed a major climate action goal.

“My proudest moment was when I learned that we exceeded the 20% reduction in greenhouse gas emissions over a year ahead of schedule, and we did it by 44%,” he said. “I was proud of the partnership which the town had with Bedford2020 (now rebranded as Bedford2030) and what’s more, I was very proud of the community, because it could not have occurred if it weren’t for the community being totally committed to the goals of energy conservation and reducing our footprint.”

“I think the reason I put climate change first is because of the impact it has had beyond Bedford,” said Mr. Burdick. “It’s critical to Bedford, but more importantly, what we’ve done with greenhouse gas emissions shows it can be done. We set ambitious and aggressive goals — objectives that might not even be able to be met — and we’ve shown other communities this can happen. We can make this happen. Our individual decisions matter; collectively, they matter a lot, and have impact beyond our borders.”

Another highlight he cited involved the preservation of historic buildings. “We amended the law so it wasn’t quite so stringent,” he said, “and allowed more as-of-right activities on the part of owners. I thought it was critically important that we continue to protect these gems. It took a great deal of work, and a great deal of collaboration with the community. And I think we ended up with a better law.”

Mr. Burdick also spoke about overwhelming support of the referendum on the first phase of the Bedford Hills-Katonah Sewer Project that passed overwhelmingly. “I think that one was 94%, with a 95% participation rate,” he said. He said this highlight, like the others, was essentially environmental, but also touched on other important elements.

Mr. Burdick also cited his role in establishing Sustainable Westchester and launching the shared energy-buying program called Community Choice Aggregation, now known as Westchester Power. “That is now well established, and Yonkers will soon be joining,” he said. “That wasn’t easy. There was resistance to it at the beginning. But it’s stood the test of time, and I think it is serving us well.”

During his tenure, seven budgets have stayed under the tax cap, and the town has maintained a strong fiscal position and a high level of services. “There was so much concern on the part of the board that 2021 was going to be a very tough year,” he said. “But we managed to not take any money from reserves.”

He continued, “I’m proud of how we’ve handled our fiscal house,” he said. “It’s left us in a strong financial position for my successors and the town board. Our borrowing costs are the lowest you can obtain. That’s real money we’re saving. We’re doing the right thing by our taxpayers.”

The Antioch affordable housing project also rates high on Mr. Burdick’s list. “I remember very clearly when the elders of Antioch Baptist Church came to me in 2015, and said they wanted to build as many units of affordable housing as they could, and would contribute their property into the project.” At the time, county officials were doubtful that the funding and permits needed for the project would come together quickly. “I was told you’re not going to be able to get this done in time, that affordable housing projects take five years to do,” he said. There were 40 meetings needed to get the project done. “We had a great project team,” he said, which included representatives from Antioch, Planning Director Jeffrey Osterman, county planning officials and Blue Mountain, the town’s affordable housing funding arm. “All the people that were involved were really committed to getting things done,” he said, noting they managed to secure the building permits two weeks before the final deadline and complete the project on a compressed timeline.

The Bedford police station renovation is high up on Mr. Burdick’s list of important accomplishments. “There were some bumps along the road with the contamination that had to be cleaned up,” he said. “But hats off to our chief, Mel Padilla, who was living with that project on a daily basis, and our construction manager, who did a heck of a job.”

Ongoing projects are also on the list. The Bedford Hills Community House renovation, which celebrated its groundbreaking last weekend, will result in a highly energy efficient building and “a whole lower level that’s going to be able to be used.” He noted the building, which is home to many town recreational programs and theater productions, has not “been touched in some 40 years.”

Other recent highlights include moving ahead on Phase III of the sewer project (Mr. Burdick revealed that the Department of Corrections is going to convey another 30,000 gallons per day of their treatment plant capacity to the town), and the town’s purchase of a major parcel in the Buxton Gorge Preserve, the largest open space acquisition in the town’s history.

Discussing the current health crisis, Mr. Burdick remained on an even keel. “I don’t think the pandemic has limited what we were able to do, to be candid,” he said. “Because the business districts were basically shut down, we were able to get ahead on the sewer project.” He looks matter-of-factly at the time spent 24/7 when the pandemic hit, “trying to figure out everything we could do to protect the community. Everybody pulled together. If you don’t have the community with you, you can’t get anything done.”

The supervisor concedes that not every goal was met. He said one project he wanted to finish earlier but was delayed by the pandemic was the addition of parking in Bedford Village. The wireless master plan also is still a work in progress. “I really would have liked to see that through,” he said, “not just for the town but for all of northern Westchester, to address where cell towers can be placed but also addressing coverage. It takes a long time to get done, and will probably be another three to four years.”

Mr. Burdick is now straddling two roles, remaining supervisor while preparing to take his seat in the Assembly. He likened the challenge to his high school years when he was learning French and Spanish at the same time. “I never got fluent in either language, but I was actually at the point where I could start thinking in either language,” he said.

I’ve been going into my office every day. It keeps me grounded, to allow me to get as much done as I can before I leave.” His day might be interrupted by “a phone call reminding me there’s an Assembly conference. Some people call it switching gears,” he said.

But he is prepared to move on.

“I’m excited about it,” he said. “I’m a little wistful about it. Yes, I’ll miss being able to ask someone to go over and take care of a problem. I’m going to miss working on these projects, but I also am hopeful that in some way I’ll be able to do something that will help us achieve the goals with the Climate Protection Act.” Also, he stated, “there are pockets of poverty in this district with tremendous food insecurity. I’ll be helping to ensure that people have a meal, working with people who have the same goals. I really do feel that I can be part of getting things accomplished. It’s a great state with tremendous challenges.”

Summing up, Mr. Burdick said, “I’m a hardwired optimist. I’m very encouraged by the character, the intelligence, and the energy of the New York State Assembly. I’m one of 19 new members. It’s the most diverse, most progressive assembly in the state’s history.”

In the coming year, he said he is confident “we’ll do everything we can to protect the safety of the people, and respond to the tremendous hardship impact, loss of life, loss of jobs, and food insecurity. There’s no question that we have tremendous problems that have to be addressed, but I’m optimistic that we’ll be able to do so. I’m a little fish in a big pond, and especially being a newbie, it’s going to take some time.”

Mr. Burdick said he’s prepared to have his office deal with the “nitty gritty.” “When somebody calls, they may not know what the legislature does, but they’re calling because they’re at the end of their tether and they need help. My staff and I are going to pitch in and bring in whatever level of government needs to help out. I still want people to feel that they can call me.”