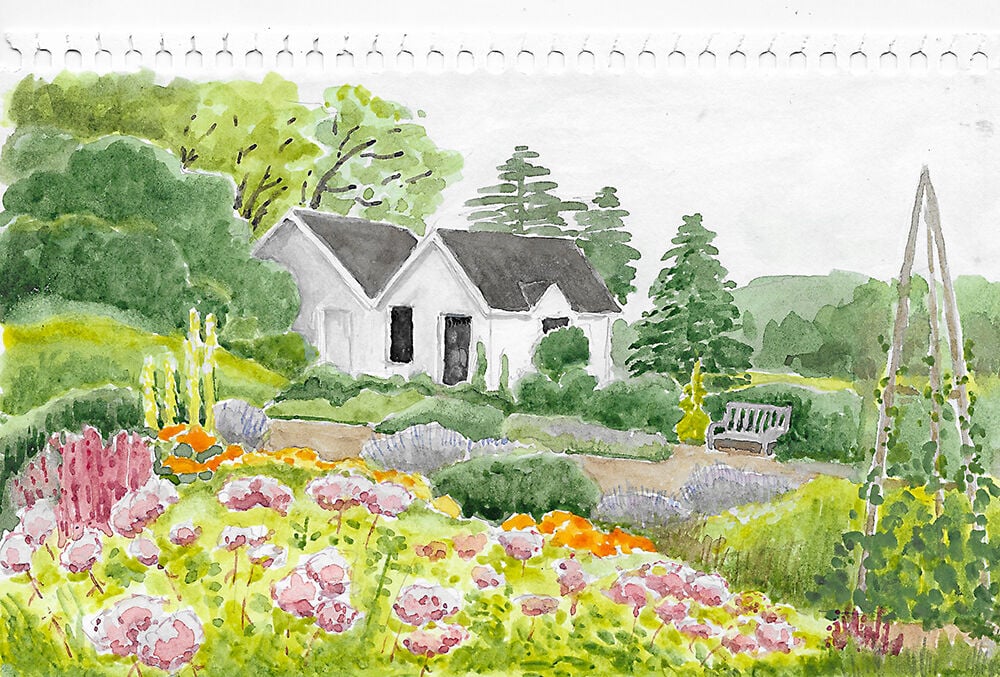 One of the notecards for sale featuring watercolor paintings of by Maggie Limburg. 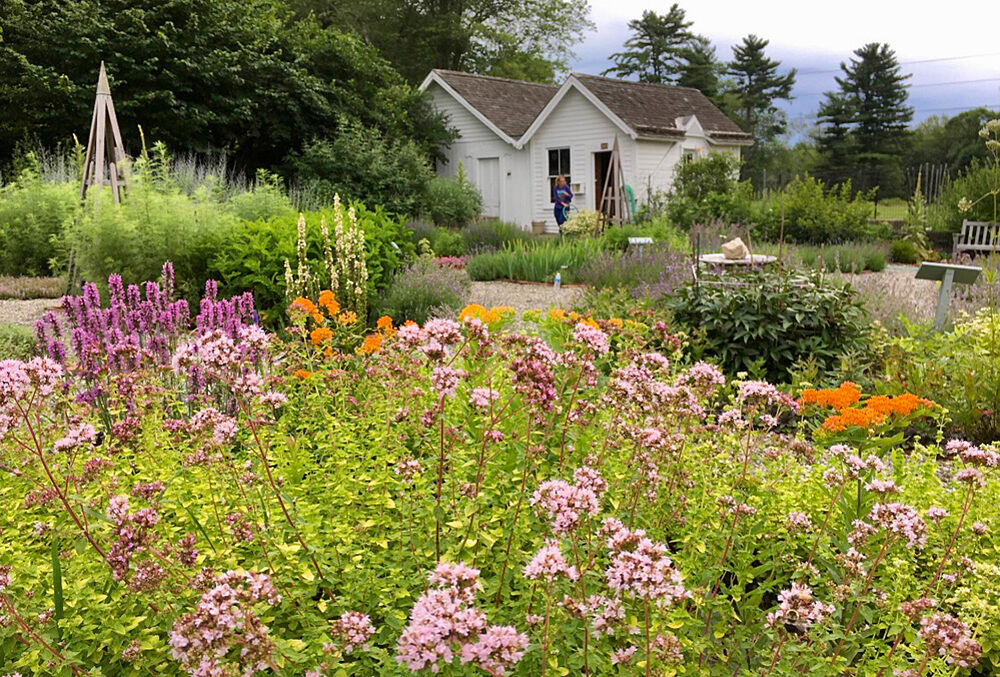 The Herb Garden in bloom at John Jay Homestead.

One of the notecards for sale featuring watercolor paintings of by Maggie Limburg.

The Herb Garden in bloom at John Jay Homestead.

The Herb Garden at John Jay Homestead in Katonah is one of the area’s lesser-known treasures. It was established by the New York Unit of the Herb Society of America, a nationwide group originally founded in 1933 and dedicated to promoting the knowledge, use and delight of herbs through educational programs, research, and sharing the experience of its members with the community. The New York Unit also established the herb gardens at both the Brooklyn Botanic Garden and the New York Botanical Garden. The John Jay Herb Garden is actually more than double the size of NYBG’s Nancy Bryan Luce Herb Garden.

Members of the group have assembled Thursday mornings for the past 30 years to weed, plant and prune herbs in the garden, according to Nicoletta Pickup, current chair of the New York Unit of HSA. “This year due to COVID-19, most of our members had to isolate,” Ms. Pickup told The Record-Review by email. As a result, the garden was maintained by just two or three members during what turned out to be a dry summer. “So, the members who were able to come to the garden — a handful versus the normal two dozen — took on the task of keeping the entire garden tidy by dividing into small groups and socially distancing,” she said. Those members are now “closing it up” for the winter. “I am very proud of our group and how we were able to help and support one another,” said Ms. Pickup.

Two of those members, Wendy Podell, an artist/photographer, and JoAnne Galvin, one of the members in charge of the garden, started taking pictures of the garden every week to share with the rest of the group who could not be physically present. “The pictures — about 100 in total — are magnificent, and it has created an incredible record of the garden during this pandemic,” Ms. Pickup said.

Inspiration then hit. Maggie Limburg, one of the group’s senior members and a talented painter, who is normally very active in the garden, was not able to leave the retirement home where she now lives for three months. However, “she was able to use those pictures to create a wonderful series of watercolors,” said Ms. Pickup. “They are so beautiful that we have made cards from her paintings, and they are now for sale to help support maintaining the garden.”

The blank note cards can be ordered by emailing herbsocietyny@gmail.com. In addition, local stores are expected to begin selling the cards very soon, according to Ms. Pickup. A website where the cards can be purchased is also in the works.

Ms. Limburg told The Record-Review by phone, “I’ve always been interested in painting flowers. I kept a nature diary on and off since 1979; I used to take pictures of things I liked so I could paint them in my diary. It was a lot easier when I lived in Bedford, but a couple of years ago we moved to a retirement community in Sleepy Hollow.” She called her new surroundings “nice, but the view is very sterile; all we see is grass, grass, grass.”

Ms. Limburg said she has been a “garden lady” ever since the garden was planted. “Now I am pretty much too old to be of any help, so when JoAnne and Wendy sent pictures of what they liked, I picked out a few that I liked, and painted them. I had painted some pictures of the herb garden over the years anyway.”

She said she was surprised by what the group did next. “I had no idea they would use my paintings for greeting cards,” Ms. Limburg said. “It was a nice surprise, and I was also surprised when Nicoletta called and asked if I would donate an original to be raffled.”

The area of the Homestead where the Herb Garden now sits was, in the late 19th century and for the first half of the 20th, a cutting garden and glasshouse area for producing cut flowers for the Jay house and to sell to New York City hotels. There are concrete foundations which are all that survive of the historic glasshouses.

The garden took its present form in the early 1990s, when the New York Unit of HSA implemented a design by Page Dickey, laying it out in the style of a 17th-century English knot garden. It is planted with a wide variety of herbs that were grown historically for various purposes including cooking, dyeing, fragrance, medicinal use and pest repellent.

“The herbs have many different uses,” Ms. Pickup said, “and our group has been a wonderful activity that all of us looked forward to — a few hours spent listening to nature in the company of friends. In the spirit of the group, we shared not only horticultural knowledge, but also delicious home-baked goodies like lemon verbena pound cake or rosemary cookies.”

Most importantly, said Ms. Pickup, the garden has been a “little haven” for many visitors. “We saw a tremendous increase in people visiting during these past months and simply taking a moment on one of our benches. Many have said the peacefulness and the order in this enclosed garden has been very restorative.” She recounted how “just two weekends ago, a young family from Brooklyn, eating their lunch and taking pictures of their toddler in front of the Rosa rugosa (a pink rose bush with tomato-like rose hips) told me that they could not believe that this space was so close to New York City. They are now planning to come and visit the Herb Garden on a regular basis.”

To enter the John Jay Herb garden, visitors pass through a white wooden gate with a sign that says “Please come in.” Ms. Pickup said she hopes next spring will bring many visitors through the gate.